The still water of a lake or pond is often dotted with colorful water Lilies. Another gift by god to mankind, water lily belongs to Nymphaeaceae family. 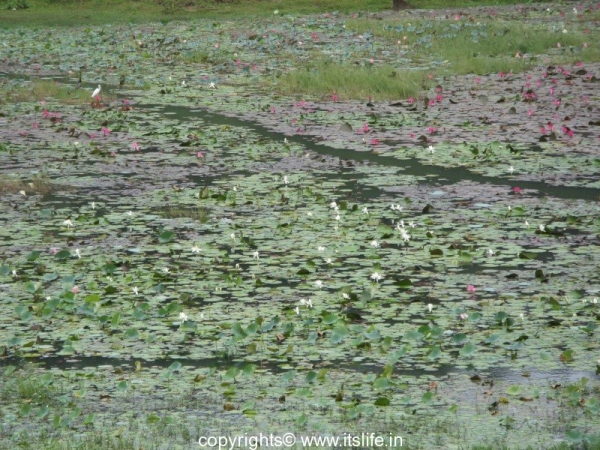 Who can forget the helpless Thumbelina floating on a Giant water lily leaf!? Painters like Calude Monet in the 19th century was inspired by the Water lilies and has painted many on canvas, which are now invaluable.

It is a perennial water plant and is found in thick colonies in temperate and tropical climates around the globe. They grow from the rhizomes that are deeply rooted in the water bed. 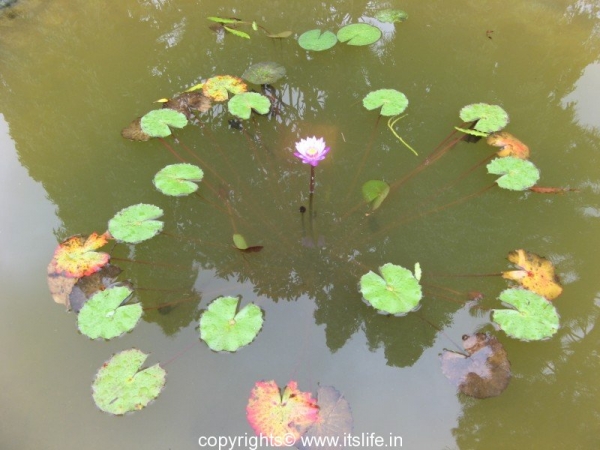 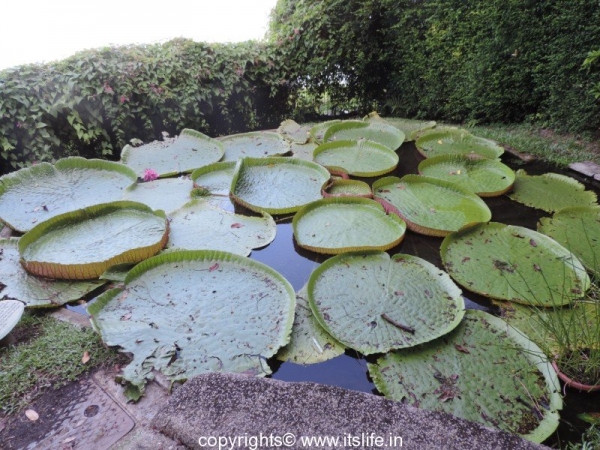 Water Lilies have been crossbred (hybrid) to beatify gardens and these are divided into three groups, namely, night-blooming, day-blooming, and hardy. 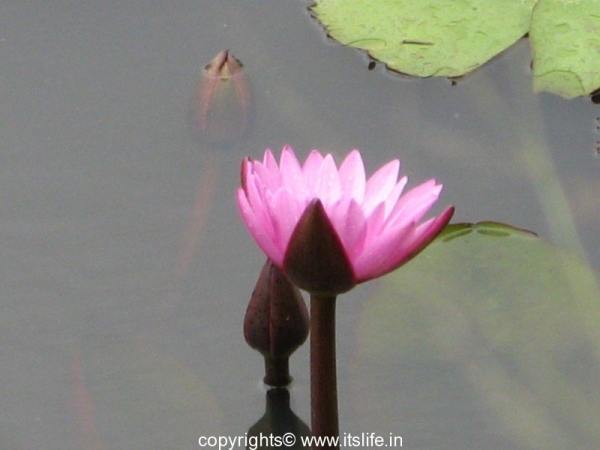 The leaves and flowers float on the surface of the water. Leaves are round, waxy-coated, sometimes red when young, and edged and can have a diameter of 3 inches to 26 inches. Giant water lily leaves are round and can grow up to 6 feet in diameter with edges. 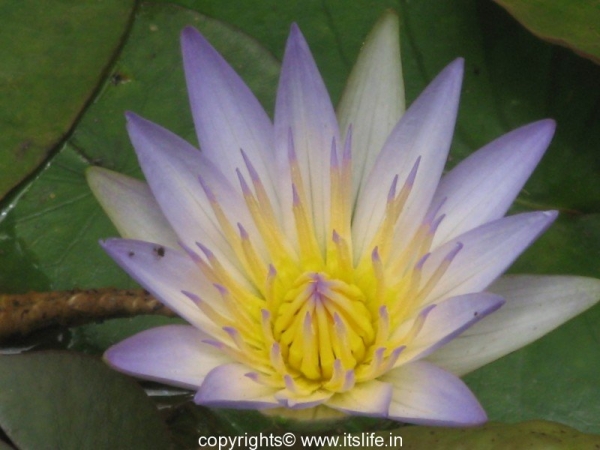 Stalks are long and have hair on the surface. It contains many air spaces and the skin is covered in latex, which helps in breathing. 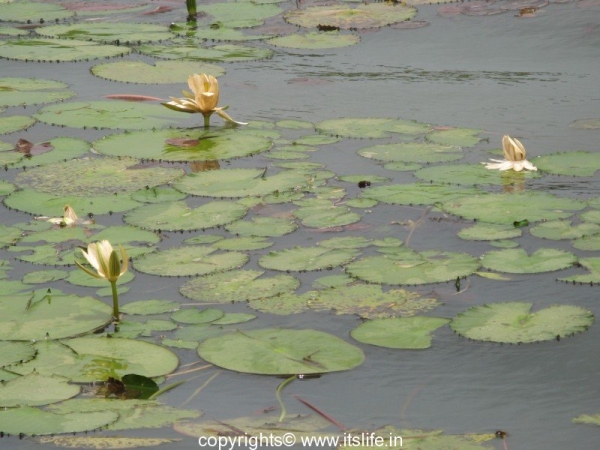 Flowers bloom on separate stalks and are solitary and are 5-15 cm in diameter, with 12-25 shiny petals surrounding a yellow center. The center differentiates between a lotus and a lily.

The showy, fragrant, flowers open only in the morning or in the evening to attract insect pollinators. They bloom in pink, yellow, red, or blue flowers. Flowers are pollinated by bees, flies, and wind. 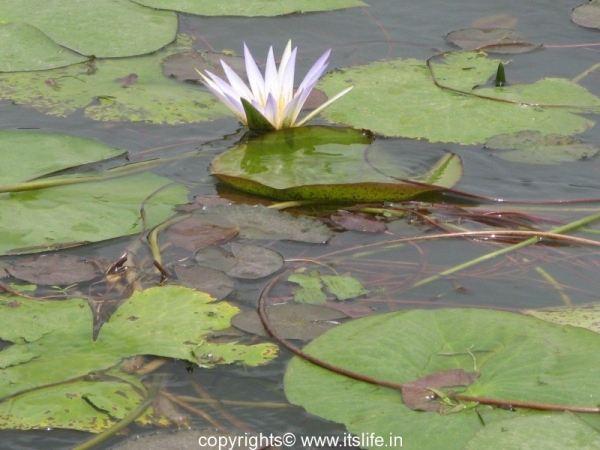 The Giant water lily flower is fragrant with 50 or more petals and is 18 inches wide. 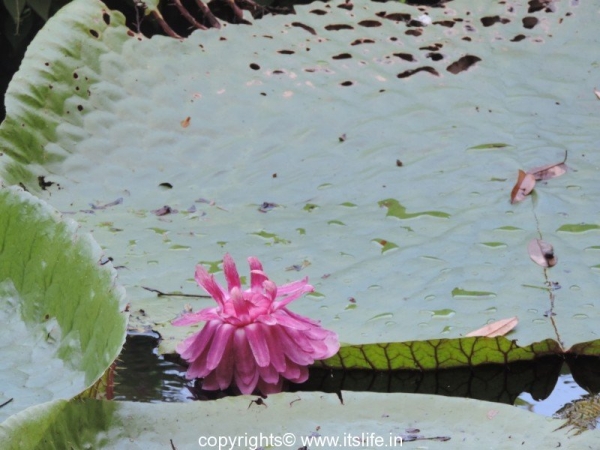 The fruit is usually nutlike or berrylike. Some fruits ripen underwater until they rupture or decay and few seeds float away or sink. 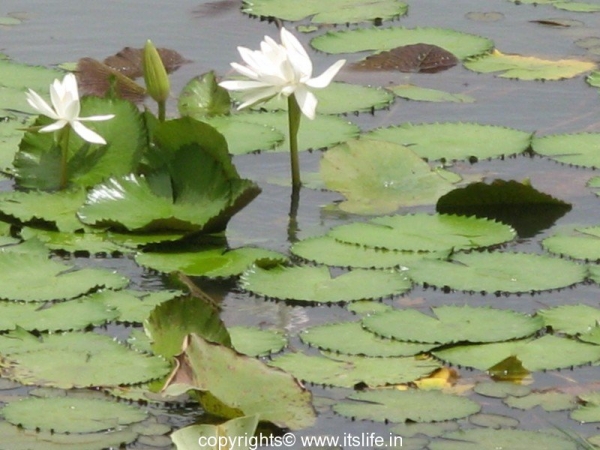 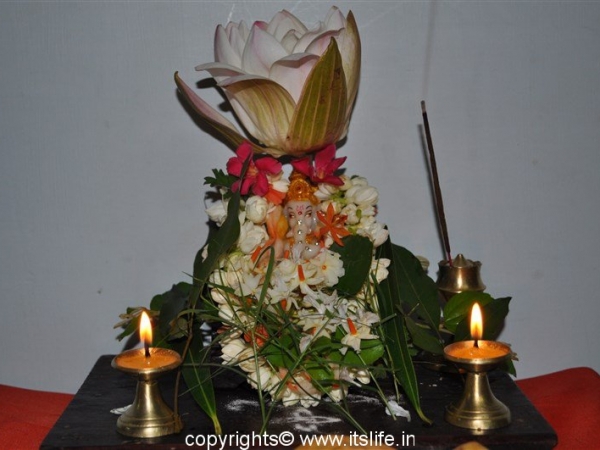