Plant Summary:
Anthurium flowers are colorful and their foliage is very attractive making them the most popular ornamental plant in a garden. The flowers last for a long time and are extremely popular for flower arrangement. 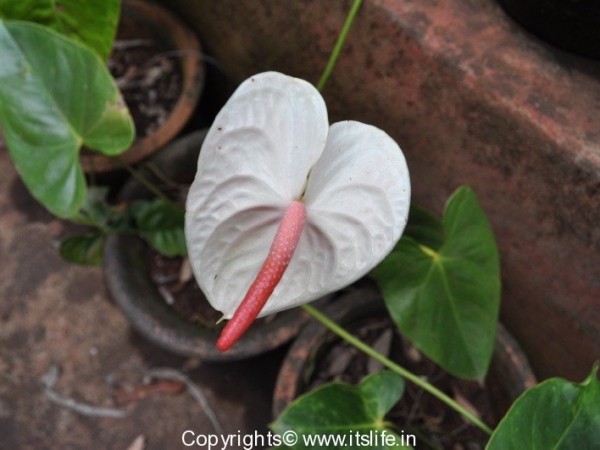 These attributes make Anthuruim as the second important tropical cut flower crop after orchids. The Netherlands, Mauritius and Hawaii are the major producers whereas Italy, Germany, Japan, France and United States of America are the major consumers. In India Coorg has been very successful in mass production of Anthurium and also in exporting them. 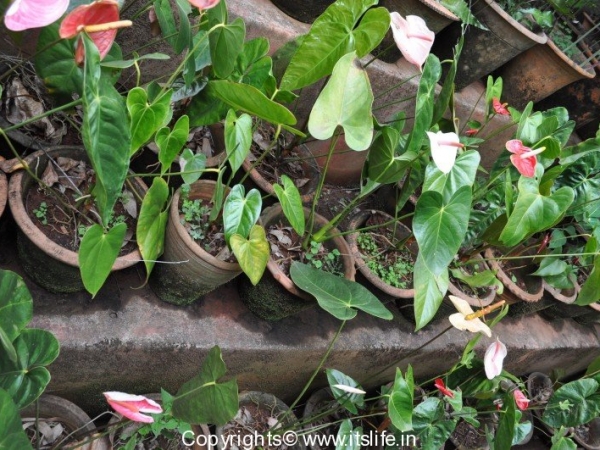 Anthurium is originally form American tropics and it is an evergreen, tropical herbaceous plant belonging to the family Araceae*. The name Araceae is derived from the Greek legend – Anthos the flower and Oura the tail indicating the flowers with a tail. The genus Anthurium has 600 species which are distributed worldwide. The botanical name is Anturium andreanum. 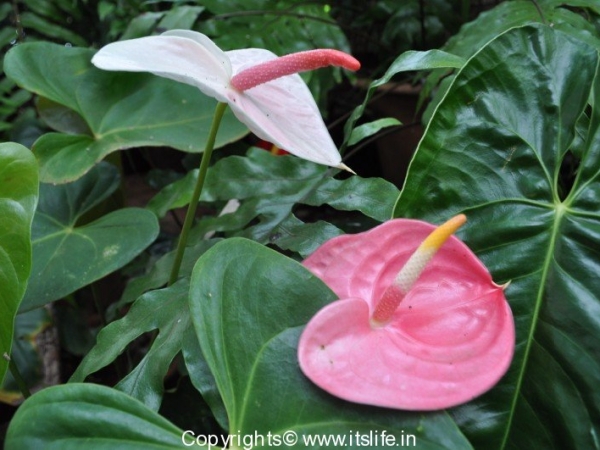 Among the number of species available, the most popular and economically important species are Anthurium andreanum and A. scherzwrianum, which possess attractive long lasting inflorescence. Several other species like A.magnificum, A.digitatum, A.crystallinum, A.watermaliense, A.clarinervium, A.hookeri are grown for their magnificent foliage. 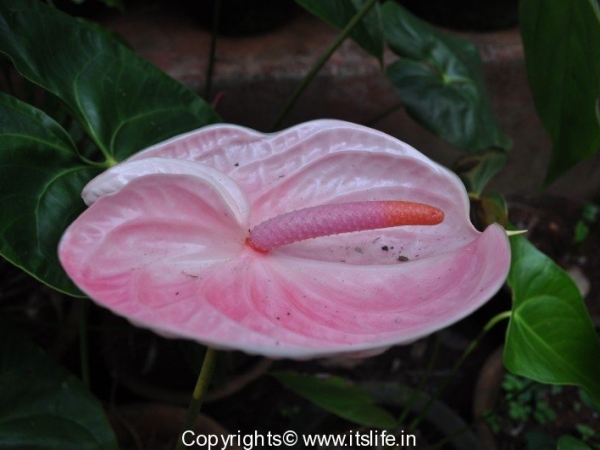 Anthurium is a perennial plant with creeping, climbing stems with lots of aerial roots. The stem has distinct node and inter-nodal regions. The roots are formed on the exposed portions of the stem and are fleshy and thick and look exactly like the aerial roots of Orchid plants. 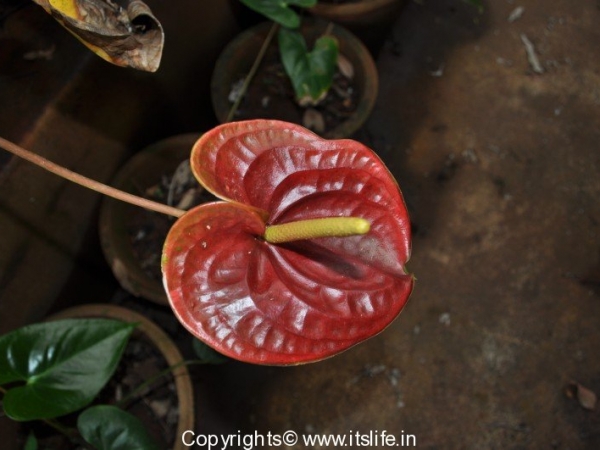 The leaf is single and the lamina portion of the leaf is attached to a long petiole from where, the mid rib and lateral veins originate in a radiant fashion. The leaves are coppery green when young and turn to dark green as they mature. The flower is nothing but a ‘spathe’, which is actually a modification of the leaf. The heart shaped spathe appears on a long flower stalk and a number of veins originate from the junction of the spathe and the flower stalk. 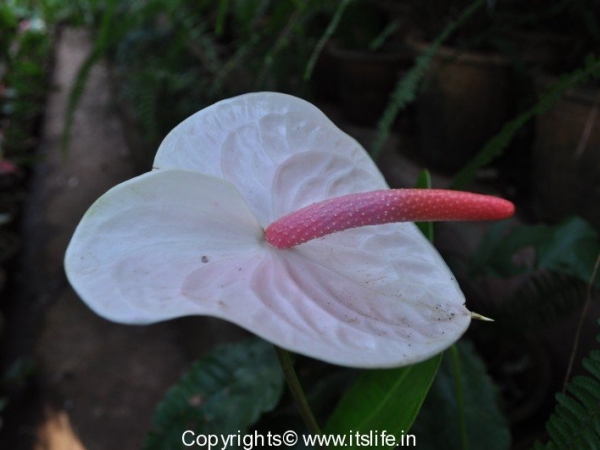 Propagation
Anthurium can be propagated through cuttings obtained from fully grown plants. Cuttings can be made by cutting just below the node, so that each cutting has single eye or bud on it. The buds sprout in 20-30 days time and readily root. Propagation can also be done by separating the suckers and planting them in individual pots.

*Araceae is a family of monocotyledonous flowering plants in which flowers are borne on a type of inflorescence called a spadix. The spadix is usually accompanied by, and sometimes partially enclosed in, a spathe or leaf-like bract. The group also goes by the name of Arum family and species in this family are often colloquially known as aroid.

I like flowers so its my hobby to collect various types of flowers and flowering plants also to see the quality of flower in coastal area.

hi mam..i want to grow anturim flowers in a bussiness way…can you tel me where should i contact..?

Sorry, I do not know any contact to commercially grow Anturiums. Anyway, all the best.
Shantha