Also known as Globe Amaranth or Bachelor Button is an annual belonging to Amaranthaceae family.  It is known as Adike hoovu in Kannada, Rakthamallika in Sanskrit, Gul-e-makhmal Hindi, and Gundi in Kashmiri.  Similarly, it is known by different names in other regional languages. 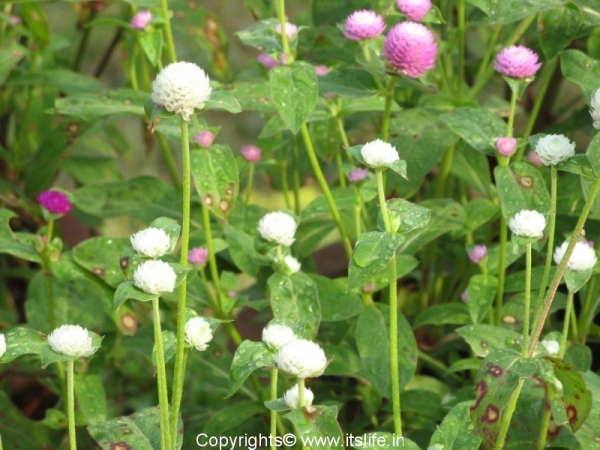 It is a native of Brazil, Panama, and Guatemala. 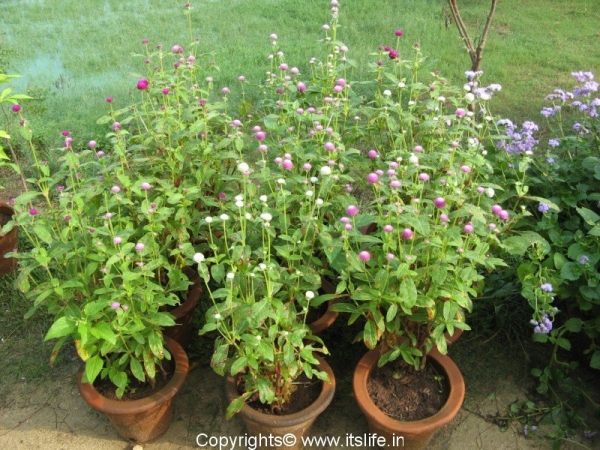 Gomphrena Globosa grows to a height of 2 feet with a spread of 1 feet.  The plant is bushy and the stems are erect.  The leaves are 4 to 6 inch long, oblong, opposite.  The flowers are globular and bloom in magenta, purple, red, white, pink, red, and lilac.  Numerous individual flowers form the globe and the flowers attract butterflies. 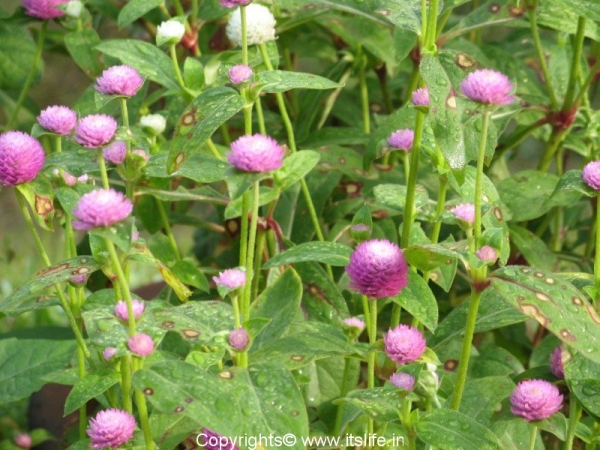 Another variety known as Gomphrena haageana also known as Strawberry fields’ globe amaranth, is grown for its bright red flowers. 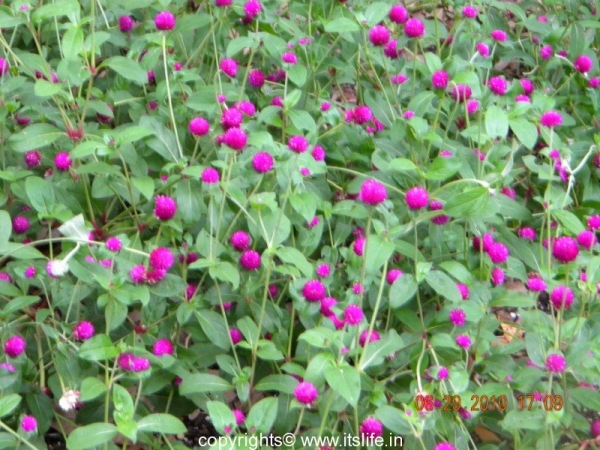 Uses:
Gomphrena Globosa flowers are offered to Gods by Hindus in India.  Leis are made in Hawaii.  Garlands of this flower is used during Brother’s Day in Nepal. 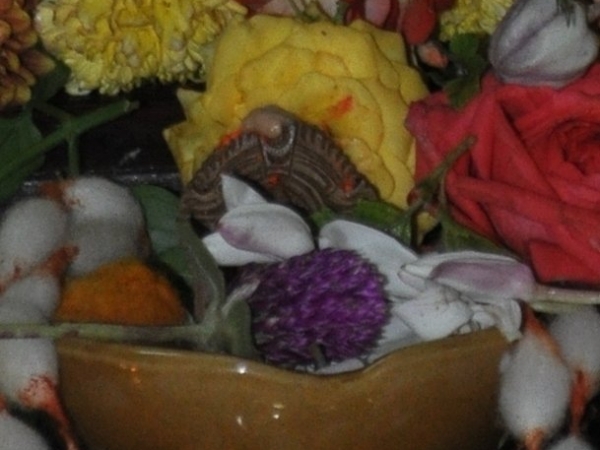 Fresh flowers are used as cut flowers in arrangements and the flowers are dried and used in dried floral arrangements.  Gomphrena is used extensively during Onam festival in Kerala to make floral carpets called Pookalam. 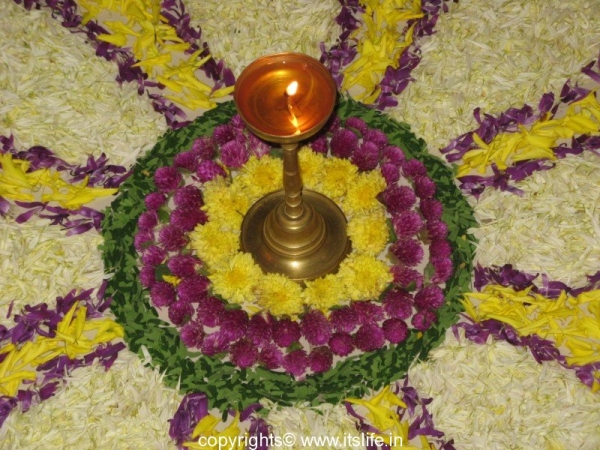 Propagation:
Propagation of Gomphrena Globosa is by seed.  Cover the seeds with a light layer of soil.  Water lightly.