Vaikunta Chathurdashi Vratha is a religious practice that people vow to perform in the Hindu month of Karthika, which is October – November in the Gregorian calendar. It is performed for 14 years and in the last year the vrata has to be concluded with the Udyapane ceremony.

Story:
In Kaliyuga (the last of the four stages the world goes through according to Sanskrit scriptures) Lord Vishnu promised to worship Lord Vishweswara in Kashi on Karthika Shudha Chathurdashi day. Accordingly, he takes bath in Manikarnika Ghat and collects 1000 Lotus flowers to worship Lord Shiva while chanting Sahasranama (thousand names) of Lord Shiva. Lord Shiva decides to test the devotion of Lord Vishnu and makes two Lotus flowers disappear. 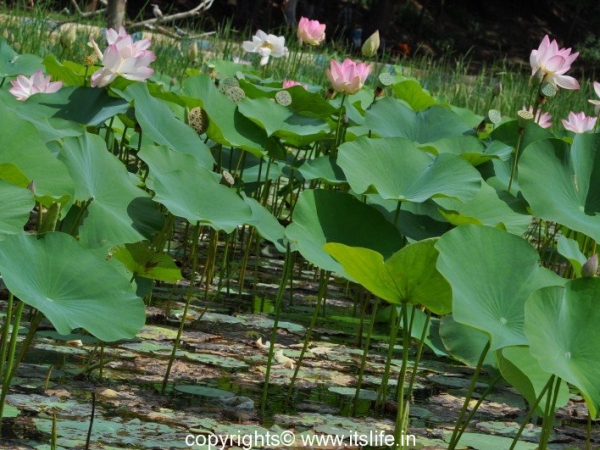 As Vishnu was worshiping, he was surprised to find two Lotus flowers missing. He remembers that he is also known as Kamalaksha the one with eyes like lotus and immediately plucks both his eyes and offers to Lord Shiva as the 999th and 1000th Lotus flowers.

Pleased at the devotion Lord Shiva appears before Lord Vishnu and gives back his eyes glorifying his devotion. Lord Shiva also announces that anyone who chants Vishnu Sahasranama and offers Red Lotus flowers to Vishnu and then chants Shiva Sahasranama and offers white Lotus flowers to Shiva on Vaikunta Chaturdashi morning will ensure that their wishes are fulfilled and attain moksha. 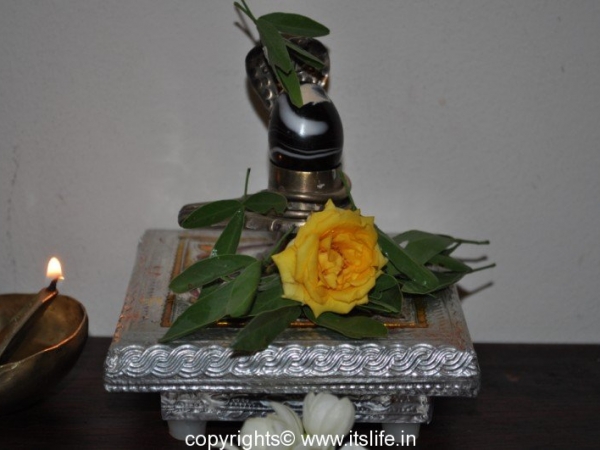 As it is difficult to get 2000 lotus flowers, you can worship Vishnu with Tulasi leaves and Shiva with Bilva leaves while chanting the respective sahasranama (1000 names). 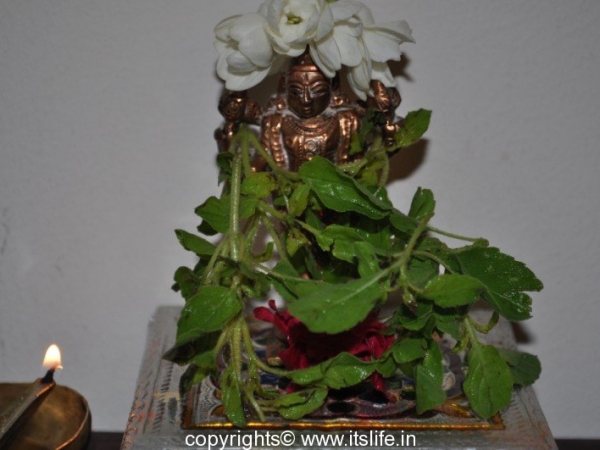 Some communities celebrate this day by bathing before sunsrise, visiting a Shiva temple, and worshiping the Indian Gooseberry tree. Later they sit below the tree and eat Curds or Avalakki with Curds.

On this day Habbada Adige (festival food) like Holige, Payasa are prepared and offered to the God. The family sits together and takes part in lunch.