The above song was penned by Kannada poet Kuvempu and the song sums up the essence of Karnataka and hence is Karnataka’s anthem. 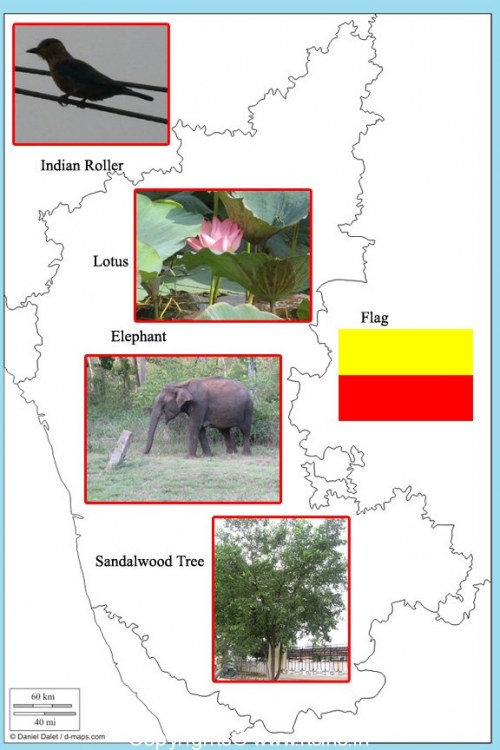 Karnataka state is situated in south India. It was formed on November 1st, 1956, with the passing of the States Reorganization Act. It was then known as State of Mysore, and it was renamed as Karnataka in 1973. November 1st is celebrated as Karnataka Rajyothsava day.

Karnataka is the eighth largest Indian state by area, and the ninth largest by population. It is divided into 29 districts. Kannada is the official and most widely spoken language. In 2008 Kannada language was elevated to the status of a classical language.

A style of classical singing is known as Carnatic i.e, Karnataka music and the state has contributed significantly to Carnatic as well as the other popular style called as Hindustani music. Eminent writers in the Kannada language have contributed a lot to Kannada literature and the Kannada writers have received the most number of Jnanpith awards in India.

Bangalore is the capital city of the state and also known as Silicon Valley of India because of the presence of innumerable IT organizations. The IT industry in Bangalore inspired Thomas.L.Friedman to write the best seller “The world is flat”.

The highest place in Karnataka is the Mullayanagiri hills in Chikkamagaluru district with an altitude of 1,929 meters (6,329 ft). Some of the important rivers in Karnataka are Cauvery/Kaveri, Tungabhadra, Krishna and Sharavathi.

I am very proud to be living in this wonderful state.