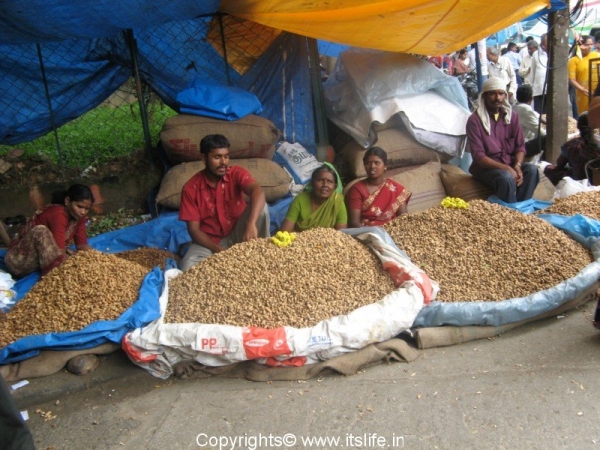 Festival  of Groundnuts known as Kadalekayi Parishe is held in Bangalore every year on the last Monday of the Hindu month Karthika, November – December in Gregorian calendar. For the festival date click here.  This is held near the Bull Temple Road and groundnut vendors’ and farmers flock from all parts of Bangalore and nearby villages to sell Badavara Badami (poor man’s Almonds) Kadlekayi. 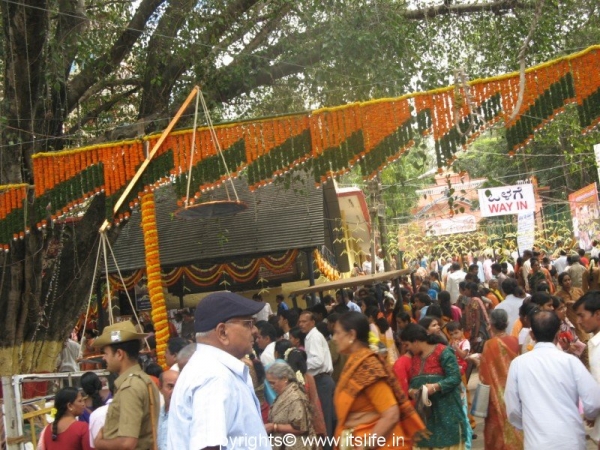 Groundnuts equivalent to a metal Basava / Nandi / Bull is offered to the Bull by the people.  In the picture above on the left hand side you can see the huge weighing scale. 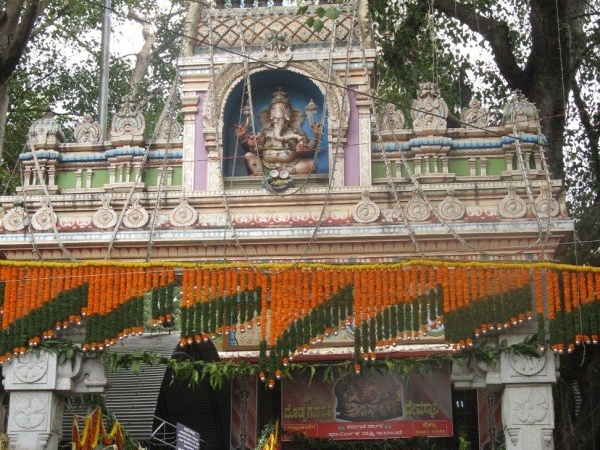 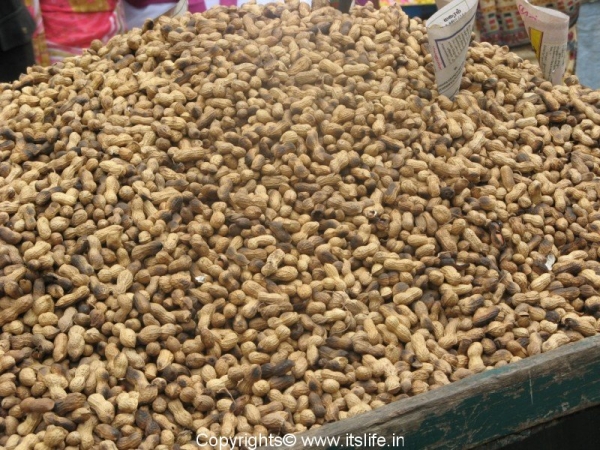 Legend associated with this festival:
Basavanagudi is the name of a locality in Bangalore was known as Sunkenahalli in the 15th century. Groundnut fields surrounded this area and it seems that Basava / Bull used to raid these fields and eat and damage most of the crops just before harvest time. The villagers were angry and wanted to scare away the Basava. The villagers waited with sticks to attach the Basava and as the Basava sneaked into the fields the villager rushed towards the Basava. The Basava started running and the people were chasing behind him. As the Basava neared the hilltop, he turned into a stone idol right in front of the villagers. From then on people offer Groundnuts to the Basava as a thanksgiving and they people that Basava also happily takes part in the fair every year. 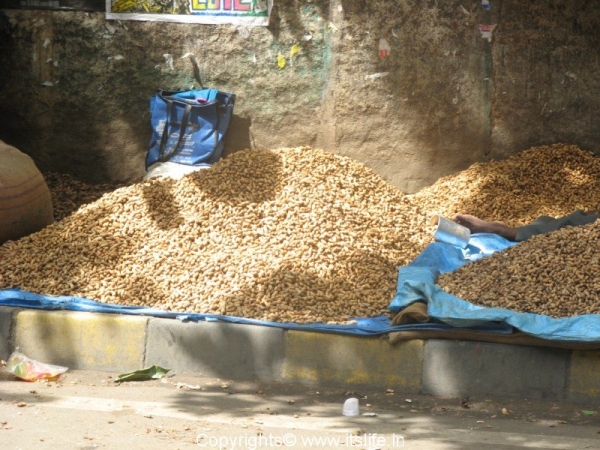 Another version of the legend is that the farmers gathered to offer prayers to Basava and request him not to damage the crops in exchange of an offering of groundnuts.

Wish I can use some of these pictures for an article in our next newsletter.

You can use the pictures from this article. But please give a link back or credit to http://www.itslife.in