On August 15th, 1947, India got Independence from British rule. Jawaharlal Nehru, the first Prime Minister of independent India, addressed the Constituent Assembly and citizens to recognize the promise and opportunity of the moment:

“Long years ago, we made a tryst with destiny. Now the time has come when we shall redeem our pledge – not wholly or in full measure – but very substantially. At the stroke of the midnight hour, when the world sleeps, India will awake to life and freedom. A moment comes, but rarely in history, when we step out from the old to the new, when an age ends, and when the soul of a nation, long suppressed, finds utterance.” – Jawaharlal Nehru 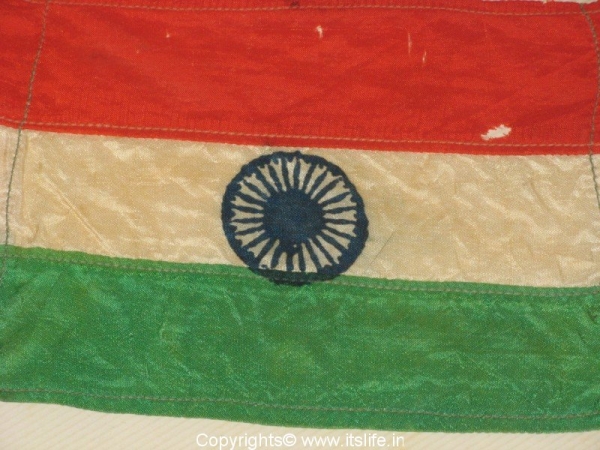 It has been 6+ decades since Independence and India is fast emerging as one of the fastest developing country in the world. This trend and everything positive happening to the country is a tribute to the father of the nation Mahatma Gandhi and the numerous other freedom fighters, who laid their lives to give us this freedom.

On this day all over India, the Indian flag is hoisted, National Anthem sung, Freedom fighters remembered, Martyrs saluted, Resolutions made, Speeches made and heard.

happy to see the respectable flag

Nikhila – Belated Independence day wishes to you. I am very possessive about this flag and will not part with it for nobody or any amount of money.

Ajinkya – Thank you for visiting.

Well Independence Day is always special to each and everyone of us in a very special way. Apart from a holiday we also get to hear lots of patriotic songs, then there are social events in building, and schools. That day really unites everyone again.