During the Visarjane of Genesha idol after the celebration of Ganesha festival, it is common to hear people hollering “Ganapthi Bappa Morya” in North Karnataka and Maharashtra. In this post the mystery of the term “Morya” used in the above slogan is revealed. 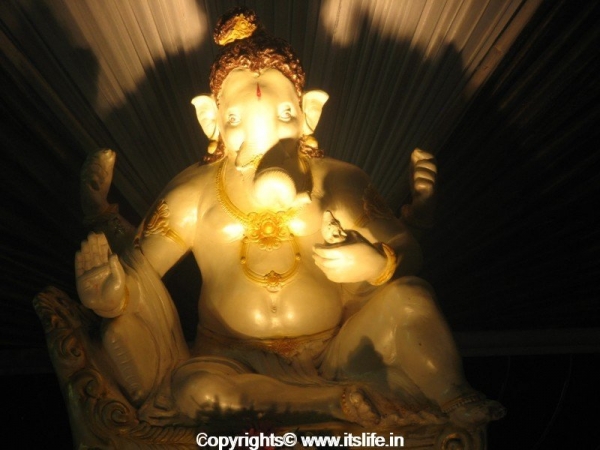 Morya Gosavi was a great devotee of Lord Ganesh and lived in the 14th century belonging to the Ganapatya sect. He is originally from Saligrama, Karnataka and migrated to Moregao, Maharashtra. Morya Gosavi used to worship Ganesha at Moregao and this temple still exists and attracts many devotees. He has built a temple dedicated to Ganesha at Theur.

Morya Gosavi was married to Govind Rao Kulkarni’s daughter Uma. After the death of his parents, Morya Gosavi moved to Chinchwad. He sat in deep penance in Chinchwad, Lord Ganesha was pleased and appeared before him. As Morya Gosavi did not want anything from him, the Lord announced that the people will attach “Morya” along with the Lord’s name during Ganesha festival.

After the death of his wife he went into Samadhi (buried alive in a tomb) at Chinchwad. This Samadhi attracts many devotees as it is believed that his presence continues in the Samadhi.

Nice Article and nicely explained. I was searching for this topic since long I???m thankful to you