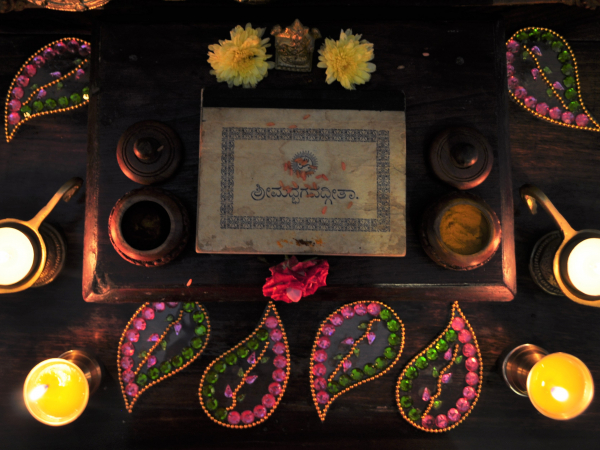 The Jayanti falls in the month of Shukla Ekadashi in the Hindu month of Margashirsha (November -December in Gregorian calendar).  This year 2022, Dec 3rd is Bhagvad Gita Jayanti, which is 5159th anniversary of the sacred book.  On this day in Dwapara Yuga, Lord Krishna gave the Gitopadesha (Gita Gyan) to his friend Arjuna before the commencement of the war with Kauravas at Kurukshetra. The reason he had to give this gyan was because Arjuna had a sudden change of heart and refused to go to war with his relatives. 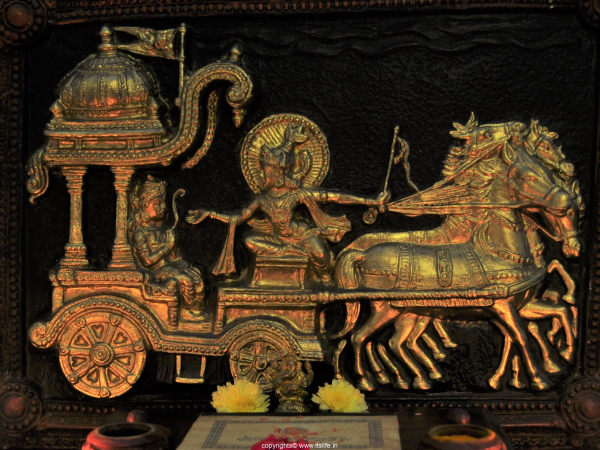 The Bhagavad Gita is explained in 18 chapters and 700 verses, to live life with purity, strength, discipline, honesty, kindness, and integrity to find our objective and to live entirely.  It teaches us that the most important thing to do is perform our duties and not dwell on the gains. The Gita is written in the third person, narrated by Sanjaya to the blind king Dhritarashtra as Sanjaya had a boon from Ved Vyasa that he could view the events taking place in the battlefield.

The day is celebrated by devotees taking a dip at Brahma Sarovar at Kurukshetra, Haryana.  People read the Bhagvad Gita and fast on this day.  An Aarathi is performed at the end of the day and the Bhagvad Gita song is sung with devotion and reverence.