The ubiquitous Maddur Vada on Mysore – Bangalore train and highway is a hit among the passengers. You can see many enjoying the Maddur Vada with a cuppa.

History:
Madhvachar was a pakoda (onion fritter) vendor at the Maddur railway station. One day he was late in making the Vadas and to save time he came up with the idea of flattening the pakoda dough and deep frying them. This resulted in a flat round fritter.

He was successful in selling this new avatar to the travelers. The next day, he prepared the pakoda in the original shape and was asked about the flat crisp vadas that he sold the other day. Sensing the innovation, he started making it the flat way and successfully sold many to travelers.

H.D.Hebbar a relative of Mahvachar perfected the recipe in 1970. Now, Maddur Tiffany’s that you see on either side of the Mysore-Bangalore highway is owned by Madhavachar’s grandchildren. 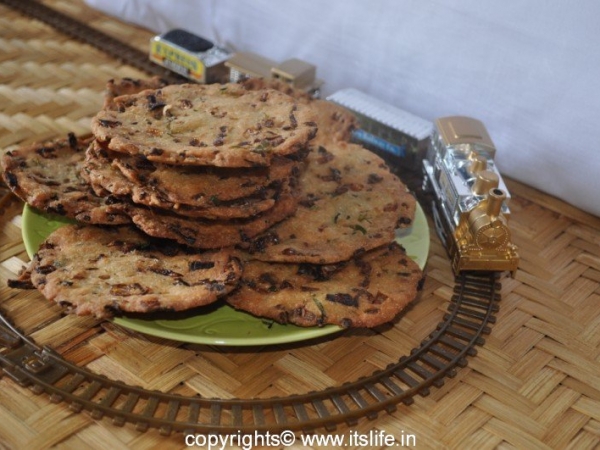 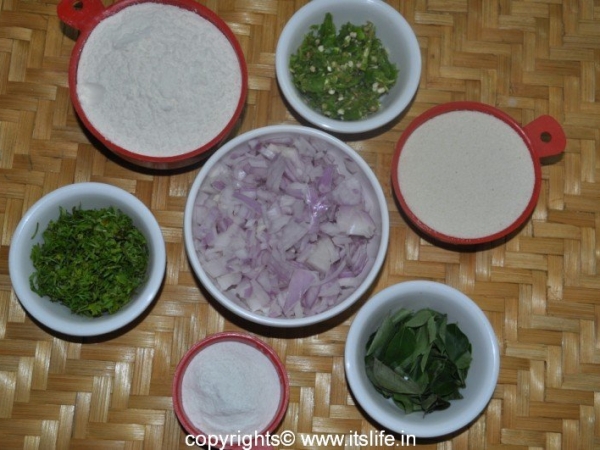 Method:
Mix everything except for Oil used for deep-frying and leave it aside for 15 minutes. 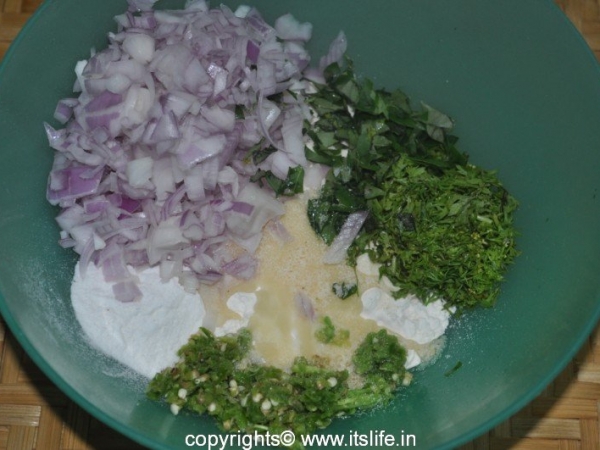 Heat Oil in a kadai for deep-frying the Maddur Vada. 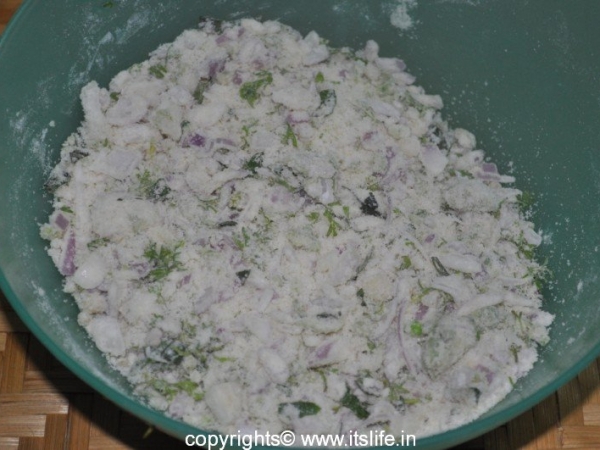 Take a part of the mixture and using little water mix into a tight dough. Divide into lemon sized balls. 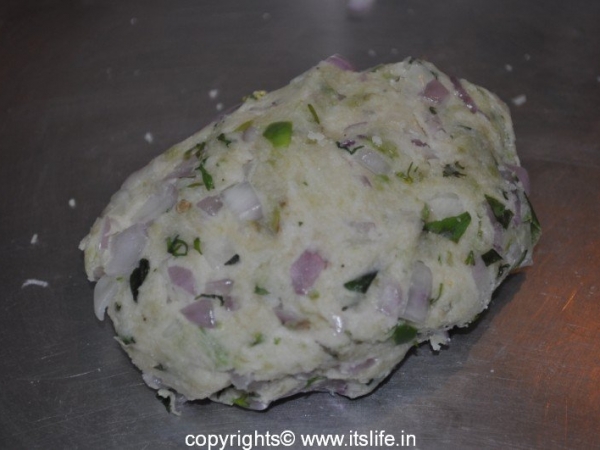 Grease an Aluminum foil or on a plastic sheet, keep a ball over it and press with your fingers to a thin concentric circle. 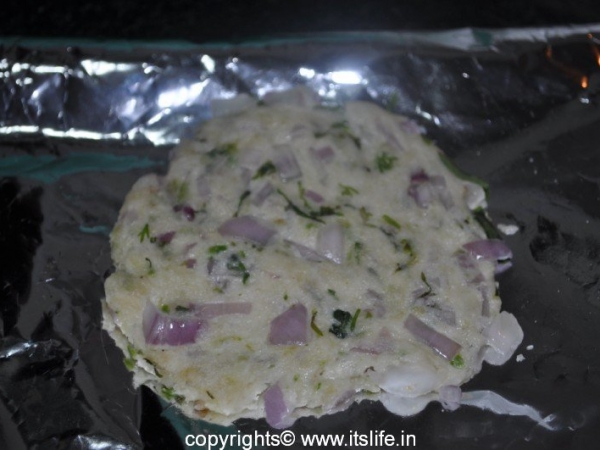 Remove gently and deep fry on both sides until golden brown. 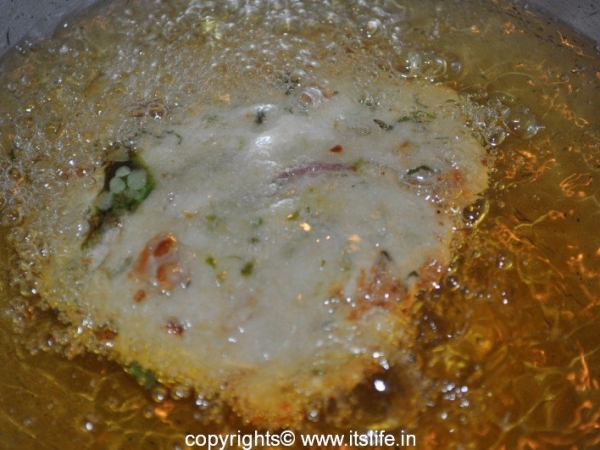 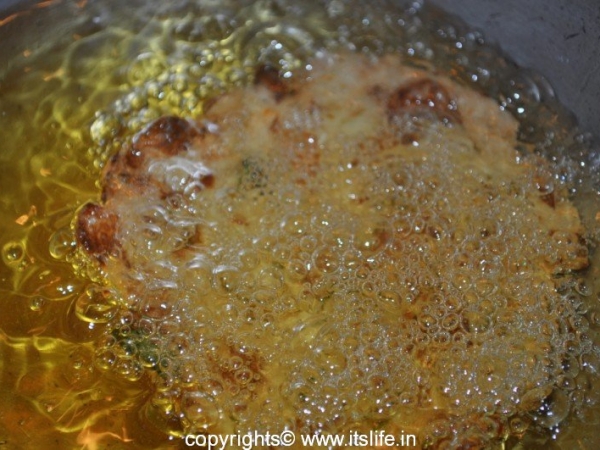 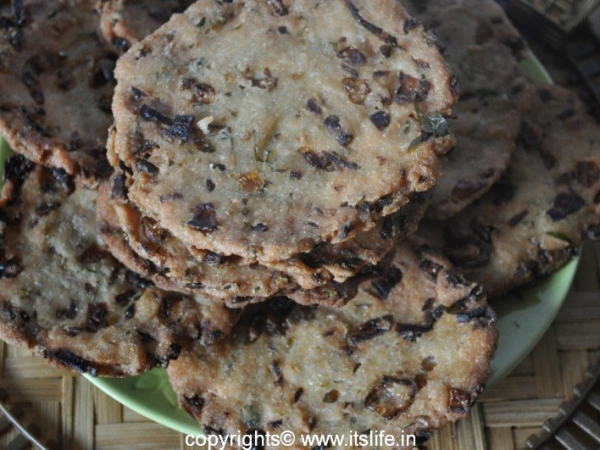 I promise that it is a heaven on earth experience. 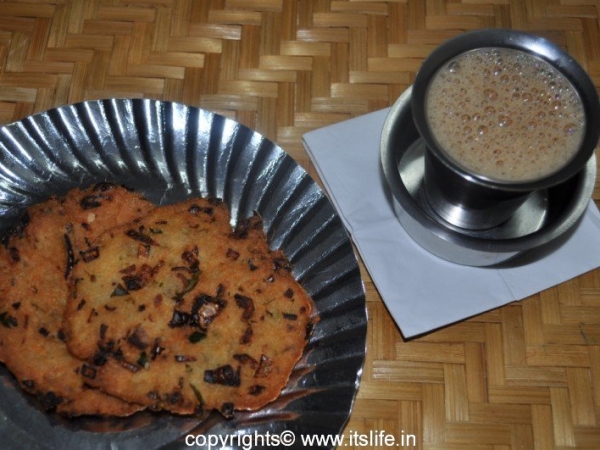 Halu Kodubale is another variety of Kodu[...]

Mysore is home to many traditional dishe[...]

Today is the second day of Navaratri. He[...]