During Dasara in Mysore, the households would start preparations to arrange dolls in their houses.  The aroma of savories and sweets being prepared would fill the air and children would wait in anticipation to taste the goodies.

Here is a recipe O Hesarubele Muchore for the Gombe habba.  This crisp savory is prepared using Rice and Green Gram flour. 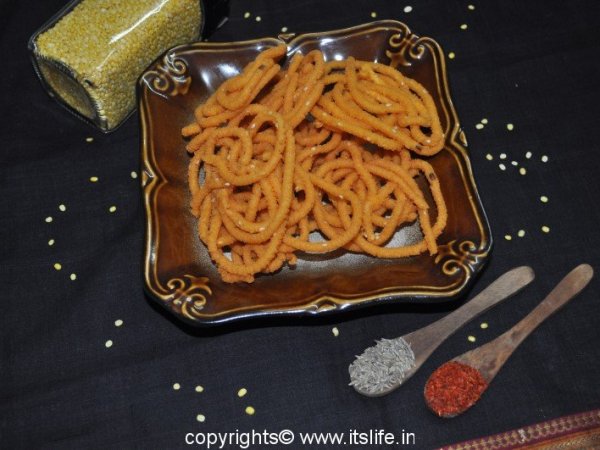 Method:
Dry roast the Moong Dal until it turns golden brown.  Remove to a tray and let it cool.  Grind to a fine powder and sieve.Warm the Rice Flour.  Mix Moong Dal flour and Rice flour in a mixing bowl.

Add Butter, Jeera, Hing, and Salt.  Mix well.  Add water and make into a soft pliable dough.Heat Oil. In a chakli mold fix the Muchore plate or Tengolalu plate. Grease the mold with Oil. Take some dough and put it in the mold.  Press the spirals on butter paper and deep fry on low flame on both sides.  Remove on to a paper towel. 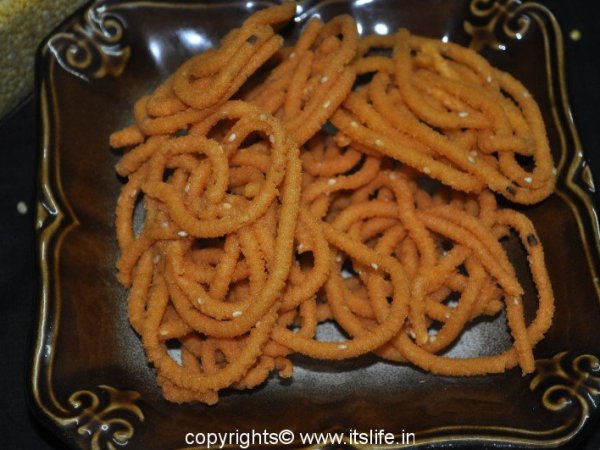