Udupi is famous for the Krishna Matha (monastery) established by the dwaitha philosopher Sri Madhvacharya in the 13th Century. The presiding deity of Udupi Sri Krishna Temple is fondly called as Kadagolu Krishna as the idol represents Krishna as a child in a standing posture holding a Kadagolu (butter churner).  The butter churner represents that the lord churns the soul to obtain the butter of bhakti in us. 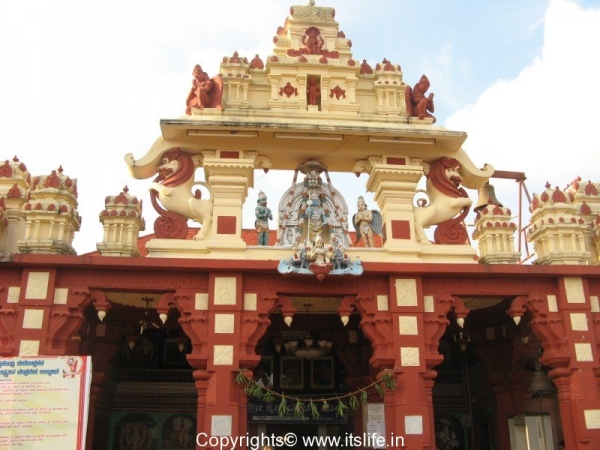 Most loved by the devotees, it feels like the idol is alive and Krishna is playing and running around the temple premises. 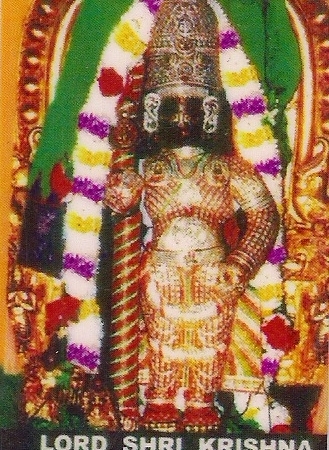 Each day the idol is worshiped and lovingly dressed in different finery.  It is a treat to watch the presiding Swamiji perform the pooja and aarathi.

The story of the origin of this idol is as follows:  Once there was a storm in the sea near Malpe beach and the great dwaitha saint Sri Madhvacharya was present at the shore.  Using just his shawl, he helped the ship reach the shore safely.  The ship was coming from Dwaraka and in appreciation for the help the sailors offered all the goods that was on the boat, but Sri Madhwacharya asked for the big lump of gopichand and carried it back to the matha (monastery).  The idol of lord Krishna was inside the gopichand and Madhwacharya installed this divine and beautiful idol in Udupi matha. 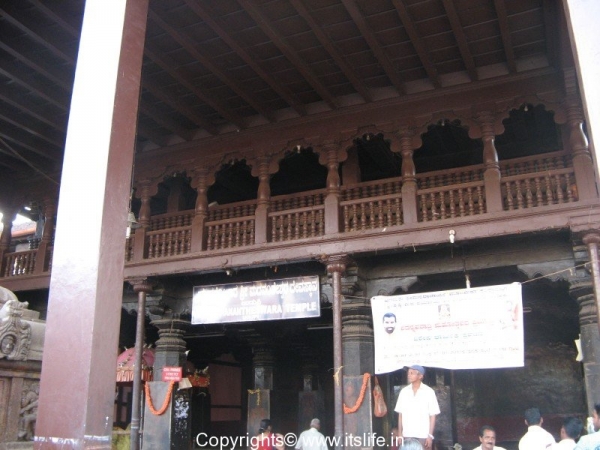 The idol faces west against the norm of facing east.  During the tenure of Sri Vadirajaru as the peethadipathi (pontiff) of the matha, Kanakadasa was denied entry into the temple due to his low-caste status.  Kanakadasa would stand near a window in the west and pray to the lord with great devotion, the pleased lord turned to the window where Kanakadasa was praying and provided him the denied darshan (vision).  Sri Vadirajaru realized the depth of bhakthi (devotion) of Kanakadasa and the idol was retained facing the west window. 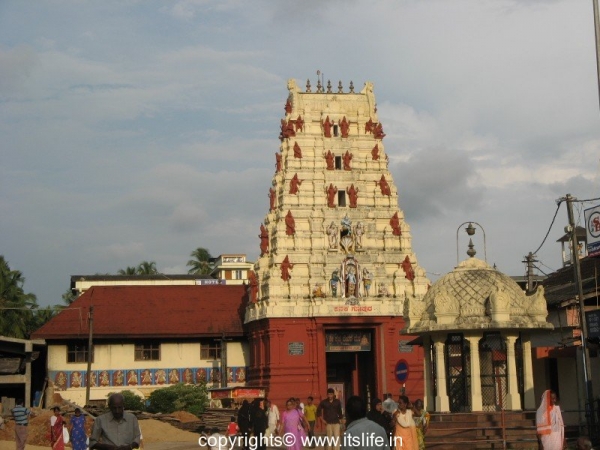 The window is now known as Kanakana Kindi (window) and a tower is built over this window. 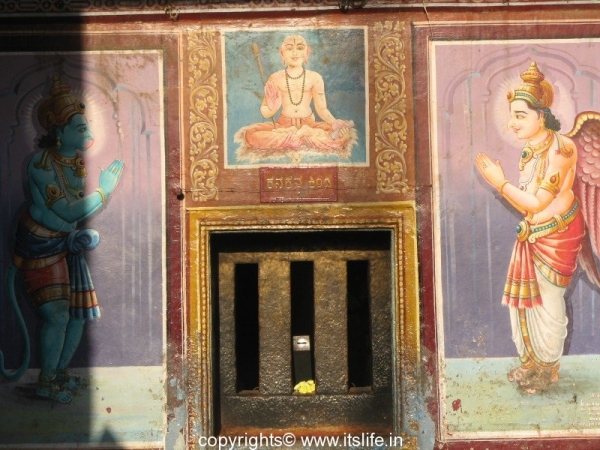 Udupi Sri Krishna Matha temple complex is located near the Madhva Sarovara, or Madhvacharya’s pond. The temple architecture is simple with sloping tiled roof seen in Kerala and Dakshina Kannada district.  Other smaller shrines inside the temple complex are dedicated to Garuda, Hanuman, Ganesha, and so on.  The temple is decorated on festivals and special occasions. 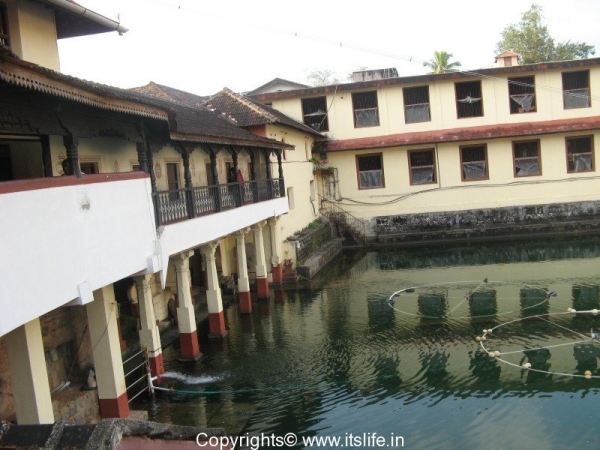 Udupi Sri Krishna Matha is known throughout the world for its religious customs, traditions, and learning in Dvaita or Tatvavaada philosophy. It is also the center of Daasa Sahitya, a form of literature that originated in Udupi.  Also popular is the free food provided to thousands of devotees who visit the temple.  Lord Krishna here is known as “Anna (Rice) Brahma”. 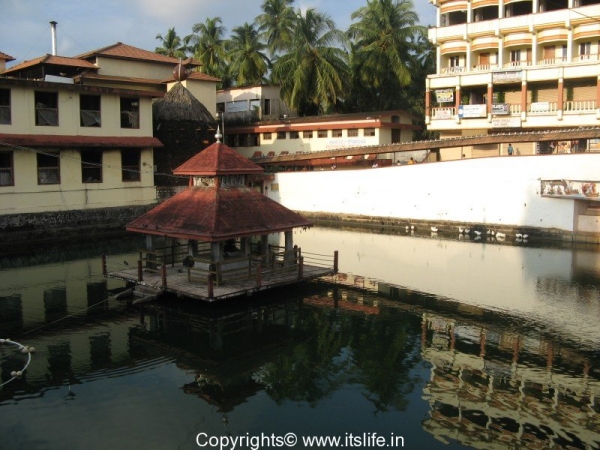 Shri Madhvacharya handed over the puja and administration of Krishna Mutt to his 8 disciples.  Each of these disciples has set up their own Mathas around the Krishna Matha complex.  Together they are known as Ashtha (8) Mathas, and they are: Pejavara, Puttige, Palimaru, Adamaru, Sodhe, Kaniyooru, Shirur, and Krishnapura.

Another prominent event of the Matha is the Paryaya festival. Sri Madhwacharya started the system that the Krishna Matha would be headed by a pontiff who has the right to perform the pooja and manage the Matha for two months. After two months, during Paryaya festival, the management is passed on to one of the pontiff of the other 8 mathas (Ashtha Mathas).  Sri Vadirajaru changed the duration to two years during his tenure as the pontiff of Sri Krishna Matha.