A palace for different seasons could only be afforded by the kings and queens. Every historic place you visit, you will have palaces built on hills or lakes to beat the summer heat, on flat lands to beat winter, and so on. 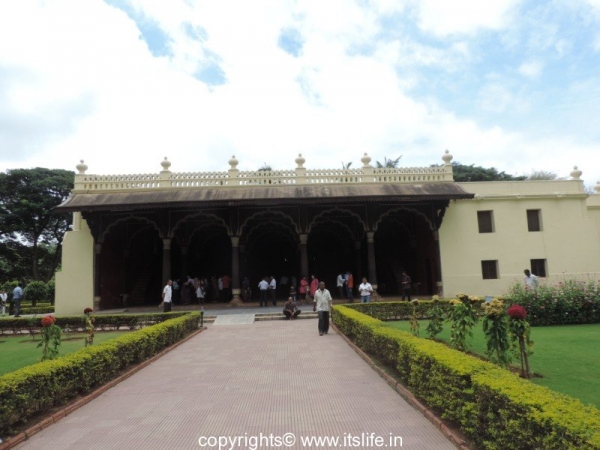 Likewise, Hyder Ali started building a Summer Palace in Bangalore in 1781, which was completed during the rule of Tipu Sulta in 1791. After Tipu Sultan’s death during the Fourth Anglo-Mysore war, the British Administration used the palace for it Secretariat until 1868. 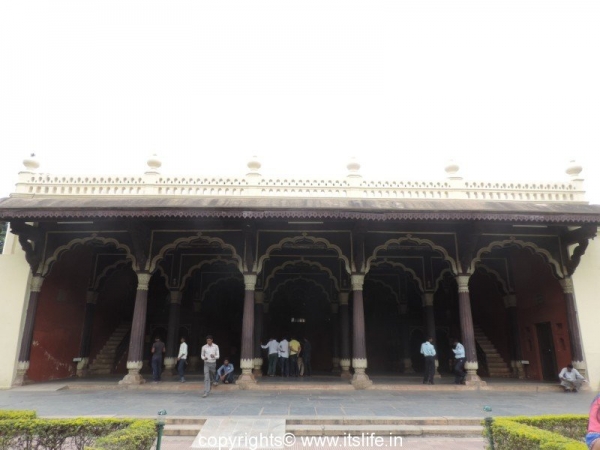 After this Tipu Sultan Summer Palace was neglected and would have been a ruin without the wake-up call to the administration to protect heritage sites. The neglect is visible in the form or graffiti on the walls and the destruction of the fresco. 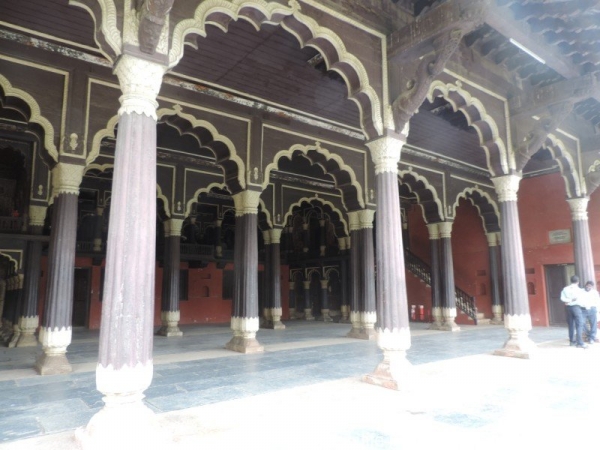 Now, the palace is well maintained and has become a major tourist attraction in Bangalore. 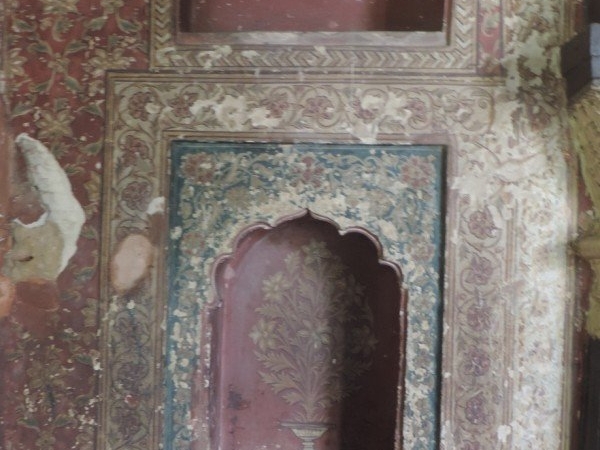 Built in the Indo-Islamic style of architecture, the palace is built using teak wood and resembles Daria Daulat Bagh situated in Srirangapatna. The pillars and arches on both the floors are attractive and simple polished in two different colors. The balconies on either side of the palace on the upper floors were used by Tipu Sultan to conduct his durbar.  Access to the balconies are from four wooden staircase. 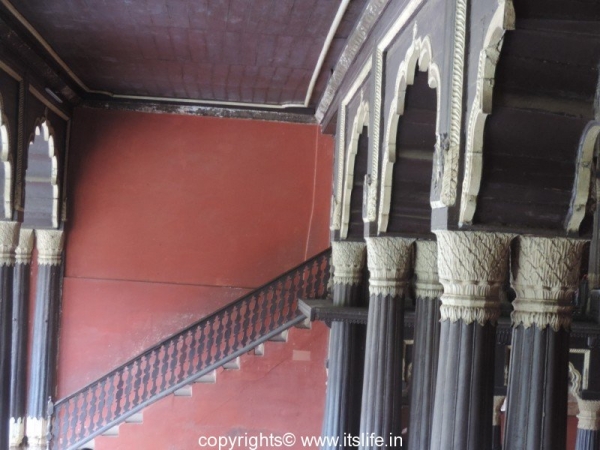 There are four rooms on each corner of the ground floor used by the women. 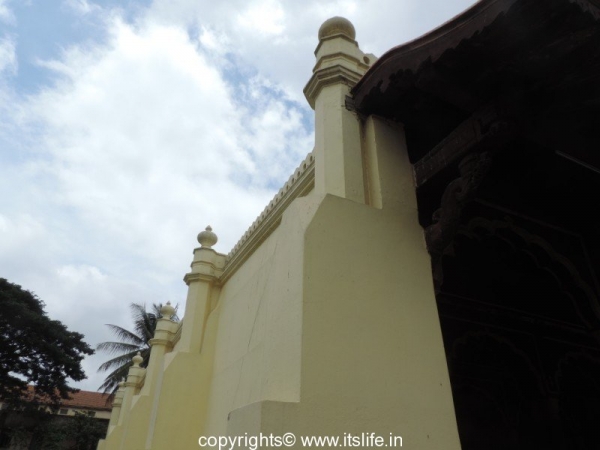 Now, the rooms contain pictures, clothes, and other articles of Tipu’s era. Walls are decorated with floral motifs. 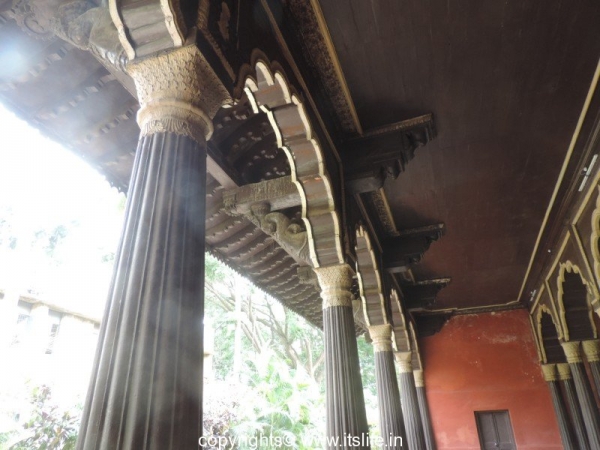 The sprawling garden in front of the palace is well maintained and inviting. There is an entry fee and also camera fee charged to the visitors. 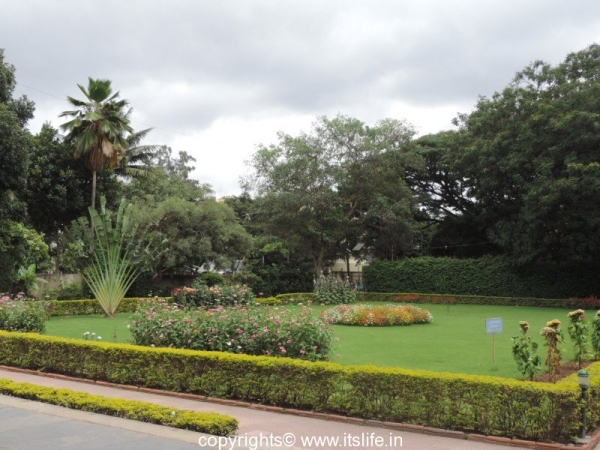 A stone inscription on a stone found in the palace describes it best as an “abode of Happiness and envy of Heaven”.