Qutub Minar is the tallest Islamic tower in India. It has been declared as a UNESCO World Heritage site. 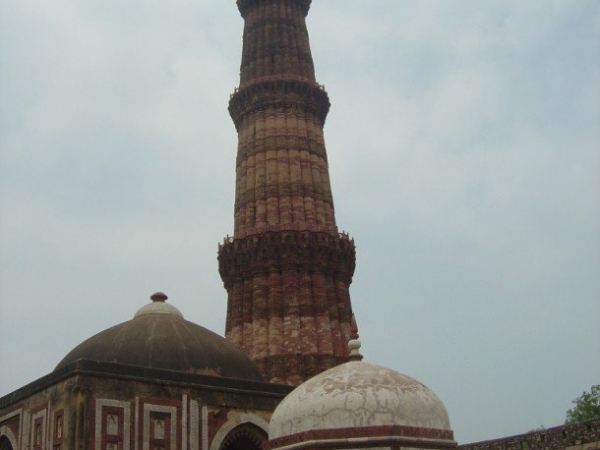 The tower is 72.5 meters high and the base diameter is 14.3 meters and the tower narrows to 2.7 meters at the top floor. There are 5 floors with balconies and 379 narrow stairs lead to the top floor. Qutub-ud-din Aibak started building Qutub Minar as a victory tower in 1192 after the defeat of the last Hindu kingdom of Delhi. 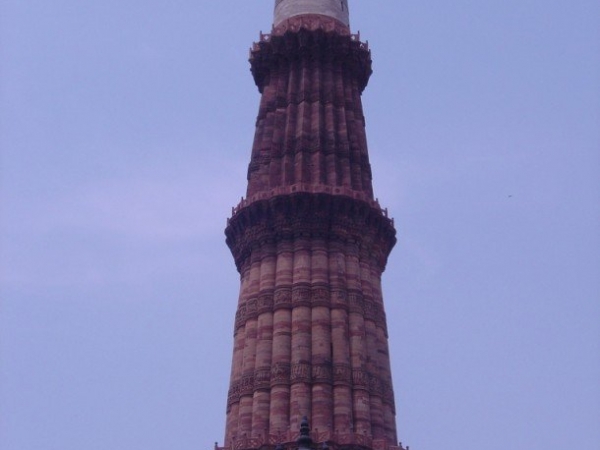 The tower was completed by Iltutmish. The first three floors of the minar / tower is built using red sand stone and the last two is built using marble and sandstone. The outer surface of the tower has intricate carvings on them along with verses from Quran. You will also observe a tilt in the minar due to wear and tear over the years. 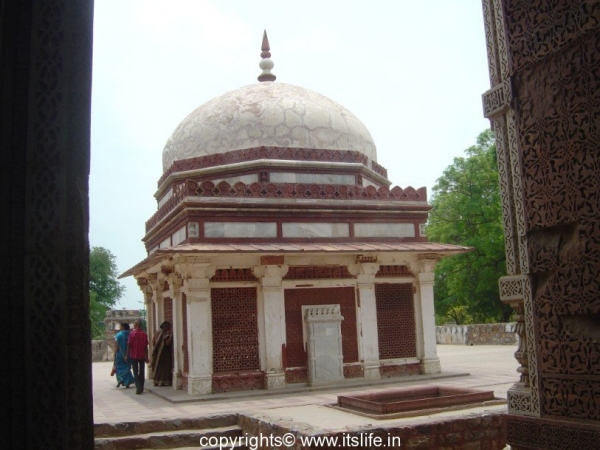 I remember climbing up the narrow spiral staircase to the first floor in 1976. Now, you can only admire from the ground as the entry into the minar is stopped due to a stampede tragedy triggered by a power cut that took place in the 1980’s where many school children were killed.
The Qutub complex comprised of many ancient and medieval structures and ruins.

Following are some interesting monuments to visit:
Iron Pillar – Garuda Dwaja: A metallurgical wonder of the 4th century AD, which stands tall and attracts a lot of attention in the Qutub complex. A person’s wish comes true, if the person can encircle the entire pillar with their arms, while standing with their back against the pillar. It has stood the test of time and there is not a speck of rust on it. Inscription on the pillar is in Sanskrit in Brahmi script, which proclaims that it was installed by Vishnudhvaja on the hill known as Krishnapada in memory of King Chandra. The Garuda idol (vehicle of Lord Vishnu) on top of the pillar is knocked off and the deep hollow remaining stands testimony to it. 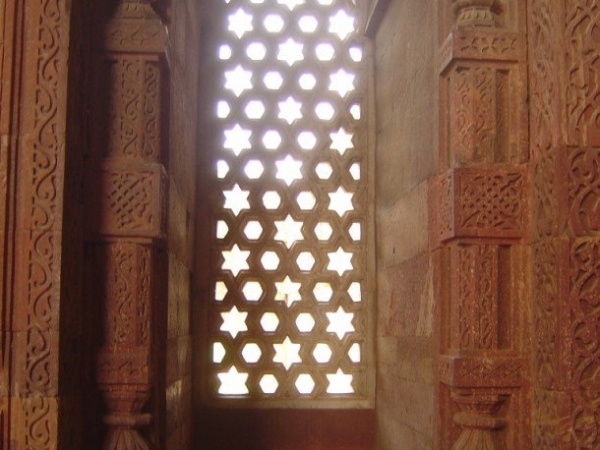 Quwwat-ul-Islam Mosque: At the foot Qutub Minar is the ruins of the first mosque built in India. An offensive inscription over its eastern gate notifies that it was built with material obtained from demolishing 27 Hindu temples and Jain Basadis. The mosque was built by Qutab-ud-din Aibak who started its construction in 1193 and was completed in 1197.
Tomb of Iltutmish (AD 1211-36): This was built in AD 1235 using red sandstone. It is a plain square chamber with inscriptions and designs near the entrance and the interior walls.

Ala’i-Darwaza: This southern gateway of the Quwwat-ul-Islam mosque was constructed by Alau’d-Din Khalji in AD 1311 using Islamic principles of construction and decoration.

Ala’i Minar: To the north of Qutb-Minar is the uncompleted Minar started by Alau’d-Din Khalji, with the intention of making it twice the size of Qutub Minar. 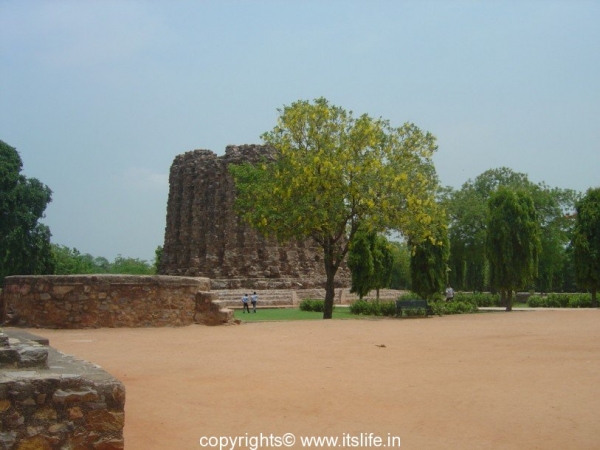 Ruins of madrasa, graves, tombs, and mosques can be explored in the complex. 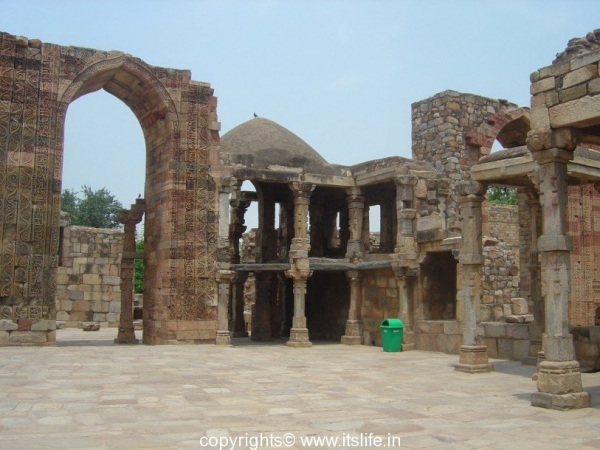 The most discussed rhizomatous herb in r[...]

Karnataka has been positioned the fourth[...]

To experience a joy heritage ride in her[...]