Pokhran fort also known as Balagarh was built in the 14th century by Marwar Thakur, Rao Maldeo. Marwar Thakur Rao Maldeo was the chief of the Champawats, the clan of Rathores of the state of Marwar-Jodhpur. 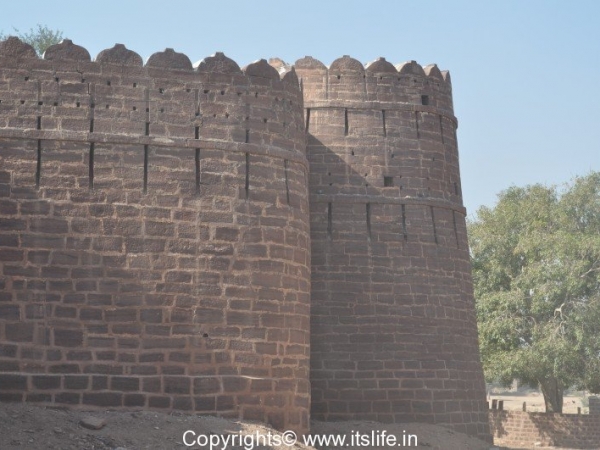 The fort is built in yellow sandstone, which is widely available in the region. The fort though small is striking with its own character. It has a temple dedicated to goddess Durga. 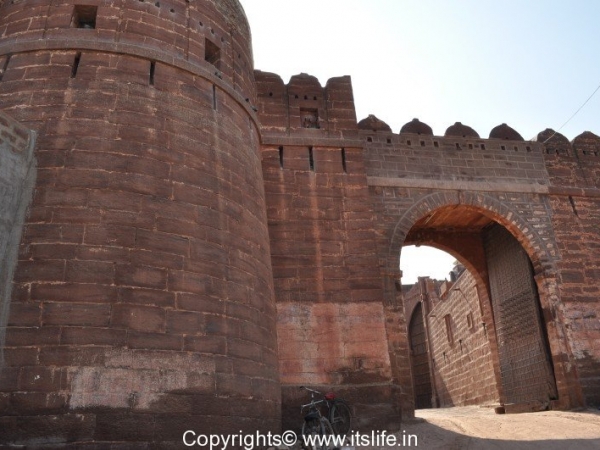 The huge doors have huge sharp sinister spikes jutting out in order to stop the elephants charging into the fort.  Inside the fort are some elegant palaces like Phool Mahal, Rani Mahal, Mangal Niwas and Hawa Mahal.  The building is a blend of  Moghul and Hindu / Rajput architecture. 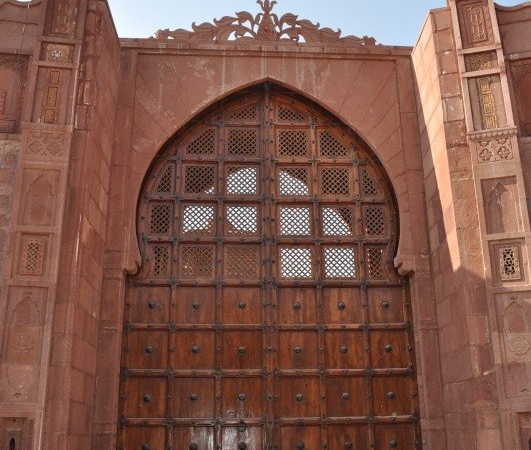 Pokharan museum is situated inside the fort premises, which displays armory, pottery, costumes, miniature paintings and costumes which the Maharajas of the bygone era wore.  Games played by the royal families during leisure time are also displayed here. 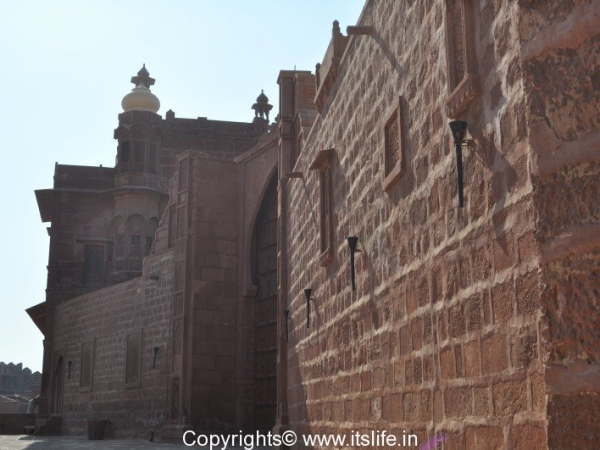 This fort is now converted into a heritage hotel with 19 rooms, swimming pool and a multi cuisine restaurant.  An entry fee of Rs.50 per head is charged for visitors.  Fees for camera is also collected.