Mysore has endless memories of long drives around the heritage city lined with huge old flowering trees and historical buildings dotted with lakes and the stoic Chamundi Hill. We would never miss to greet the Postman (Anche) Basappa and Commandant Bhujangarao Jagadale while passing the KARP Mounted Police Headquarters.
Every single person who has passed this road would be familiar with the statues of the above two people and if we missed seeing them, we would make sure we see while returning on the same road. The statues were erected in 1907 and are 115 years old. 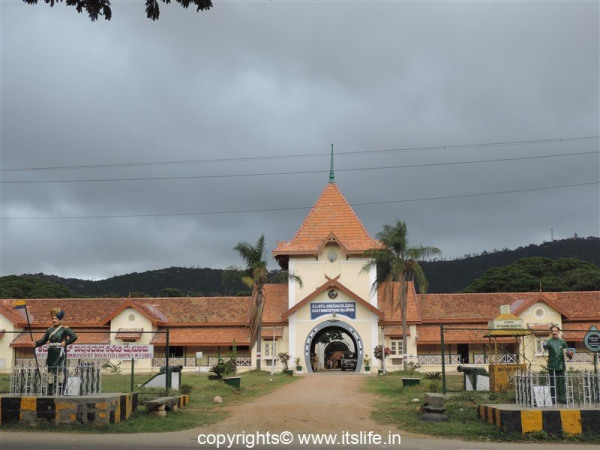 The statues on either side of the main gate of KARP Mounted Police Headquarters are 5 feet tall. The iconic statues are made up of limestone, water, sand, and lime plaster.

Postman Basappa
In 1907, during the reign of Maharaja Nalwadi Krishnaraja Wadiyar, Basappa was a trusted postman.
The Maharaja installed the statue of Basappa in appreciation of his contribution in delivering posts to the doorsteps of people regularly. Basappa was athletic and hence would run to deliver the posts without fail. They were also known as “runners”. 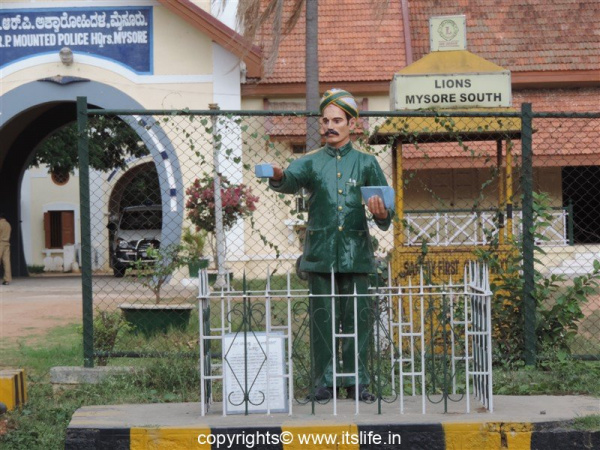 Children used to like him for his friendly nature and affectionately called Basappa “Post mama”. He was also popular as an agony aunt/uncle as he would hear people’s problems and try to provide solutions. Thus, Basappa became one of the family. 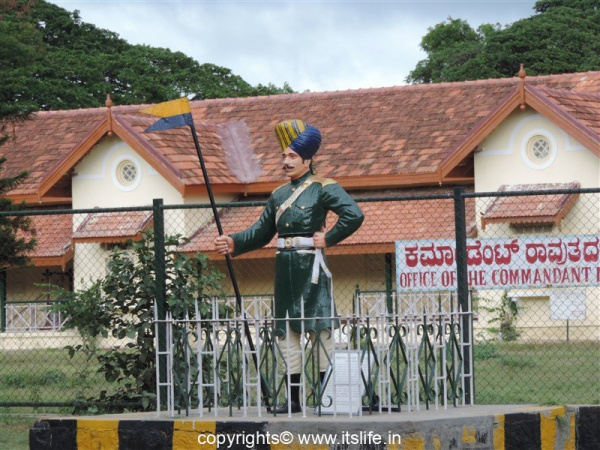 Bhujangarao has the credit of according a Guard of Honour on behalf of the Maharaja when Mahatma Gandhi and Sardar Vallabhbhai Patel visited Mysuru. He was known for his baritone voice while leading a parade at those times when there was no facility of mikes and loudspeakers. His voice could be heard loud and clear even by the last row of soldiers in the parade.