The magnificent fort of Mehrangarh rises in the desert and brings alive your imagination of forts from fairy tales. 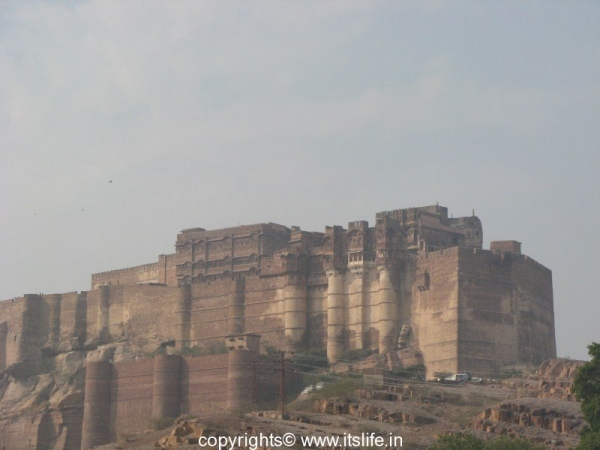 It looks like the sun is eager to beam its rays on the Mehrangarh Fort, Jodhpur and invite people to explore and discover the fort built on a unique geological feature, which is a part of Malani Igneous Suite Contact.  This geological feature is the last phase of igneous activity of Precambrian age in the Indian Subcontinent.  Malani Igneous Suite is spread over an area of 43,500 square kilometer in the Thar Desert.   Hence, Mehrangarh Fort is declared as a National Geological Monument. 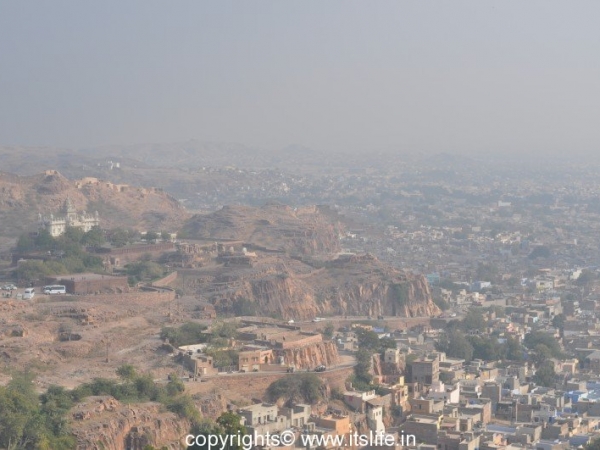 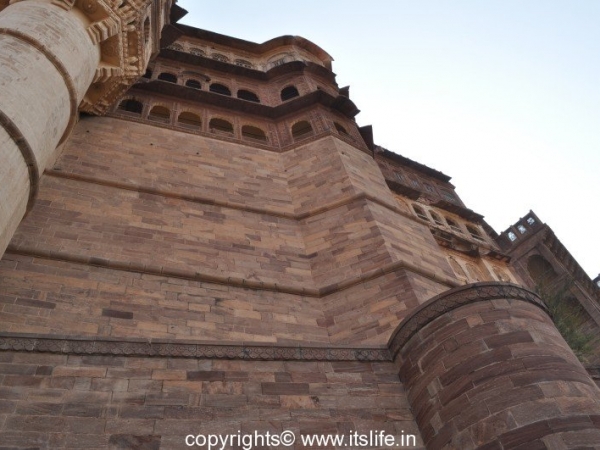 At an imposing height of 122 meters (400 feet), it is surrounded by thick walls of 69 feet width and covers an area of 5 Kms.  The hill on which the fort is built was known as Bhaurcheeria, the mountain of birds. 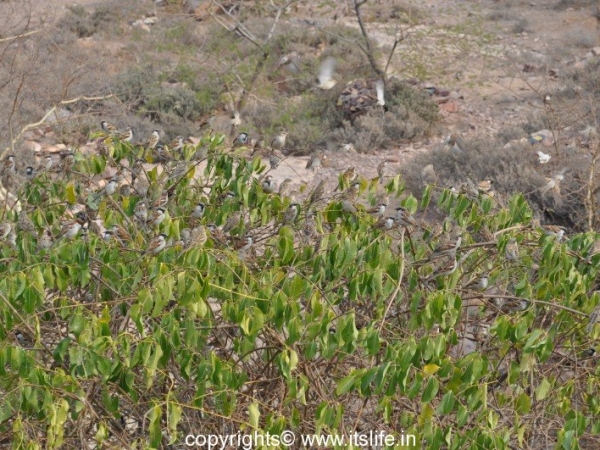 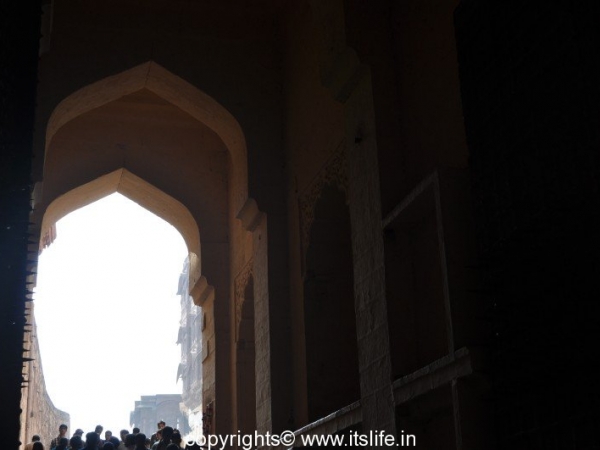 Cannon ball attacks seen on the fort stands testimony to the many battles witnessed by the fort.  A mural near one of the gates depicts the hand-prints of the wives who jumped into the funeral pyre (sati) of their husband the Maharaja of Jodhpur.  When the guide narrates this, a hush descends on the group and makes you reflect on a practice, which was desperately adopted by war widows to escape from torture by the conqueror. 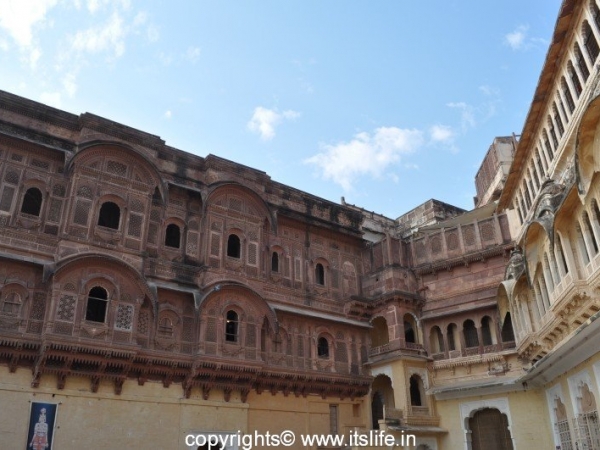 The cannons still aim to the outside world from the fort, which is a favorite place for visitors to take a picture. 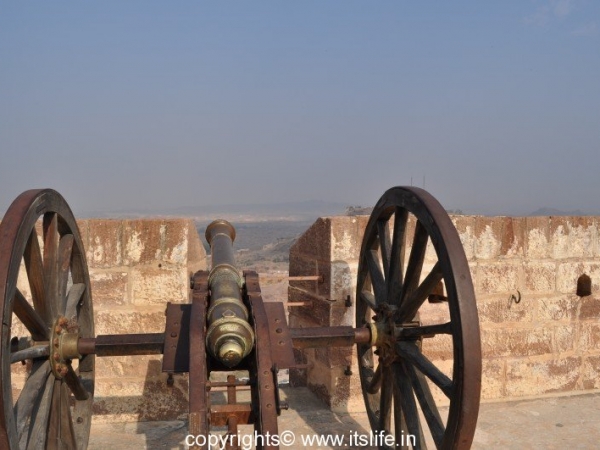 The view of the city from atop the fort is beautiful. 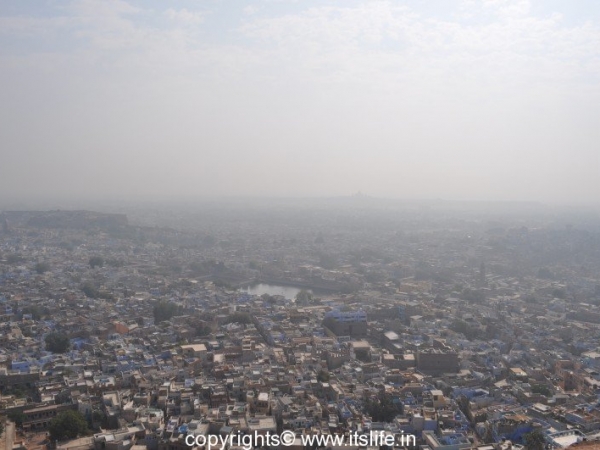 There are many grand rooms like Moti Mahal, Sheesh Mahal, Sukh Mahal, Phool Mahal, and Takat Vilas in the fort.  There is also a grand Museum inside the fort.

Live demonstration of Durri (carpet) making was going on when we visited the fort. 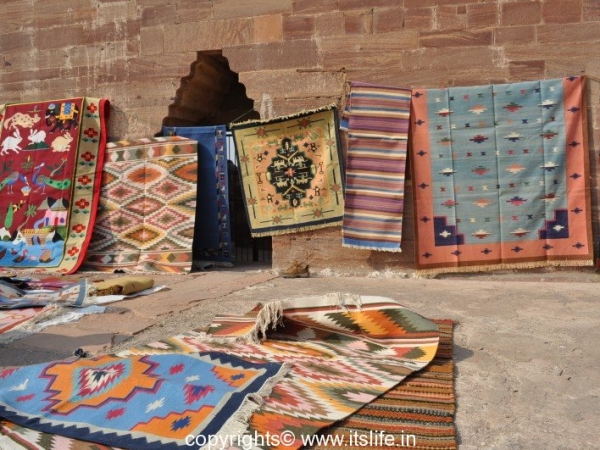 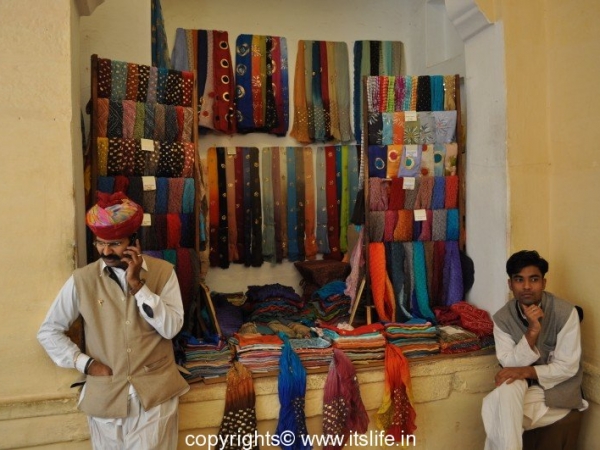 Chamunda Devi Temple:
Rao Jodha’s ishta devatha (favorite goddess) was Chamunda Mata.  Rao Jodha bought the idol from the earlier capital Mandore in 1460 and installed the idol in the new capital at Mehrangarh fort, Jodhpur.  The goddess is a favorite among the locals and people throng the temple during the Dussehra celebrations.