Lakshmeshwara also known as Puligere is a town in Shirahatti Taluk, Gadag district, Karnataka. There are many ancient religious places situated in this town belonging to Hindus, Jains and Muslims now maintained by the Archeological Survey of India. 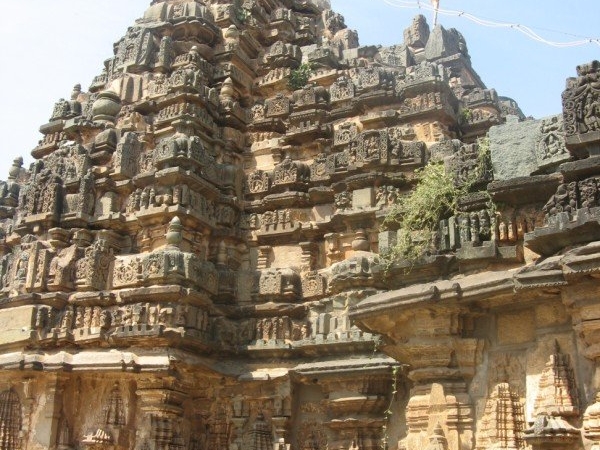 Lakshmeshwara is famous for its rich heritage and contribution to literature. The famous Kannada poet Pampa penned some of his famous poems in this town. Many kings of different royal dynasties have patronized the place including Badami Chalukyas. Laxmeshwar was home to many Jain saints and writers. 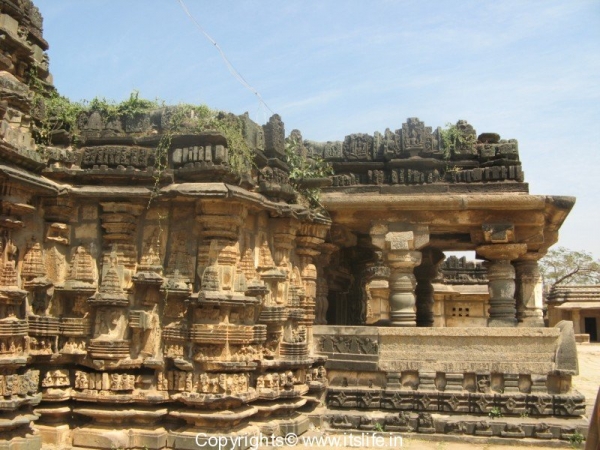 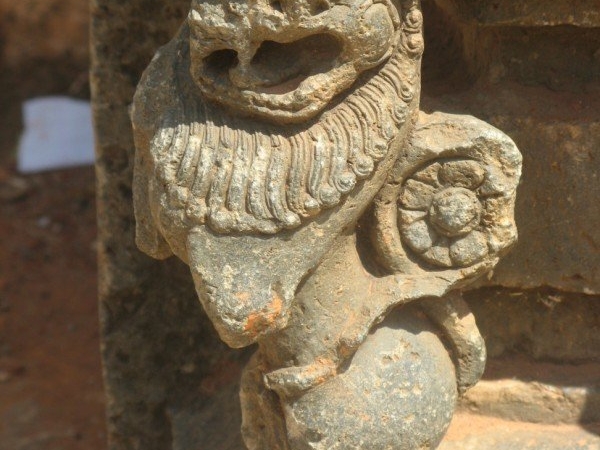 Someshwara Temple
The Someshwara temple complex was built in the 11th century in Chalukya style of architecture. The complex has 3 main entrances surrounded by high walls. There are many stone inscriptions written in Kannada. 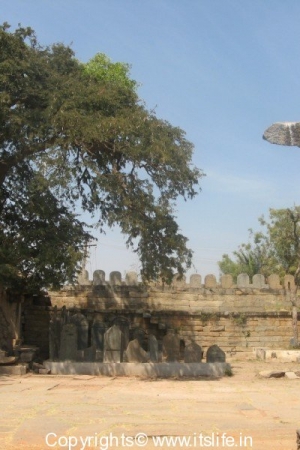 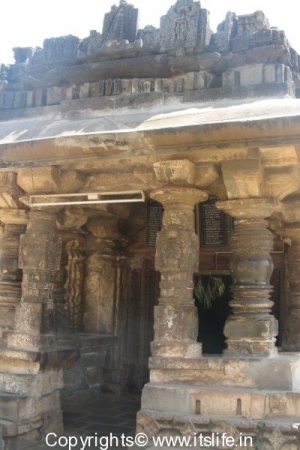 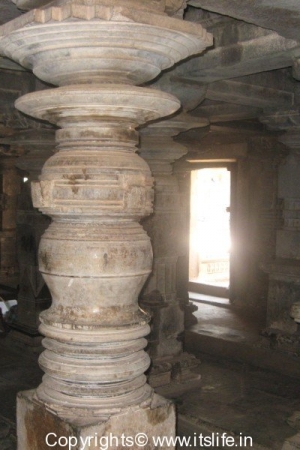 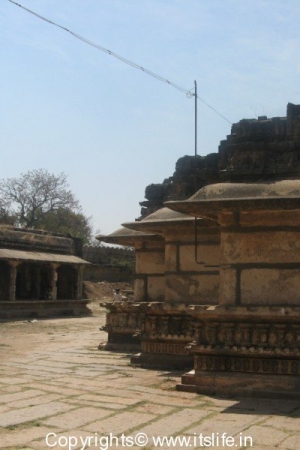 All around the temple are many small shrines dedicated to Shiva, built with granite. Huge halls were built inside for the devotees to rest.

The holy tank is built behind the temple for the use of the temple. 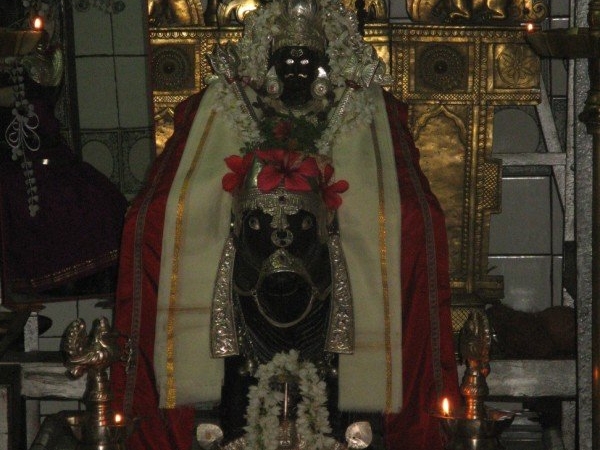 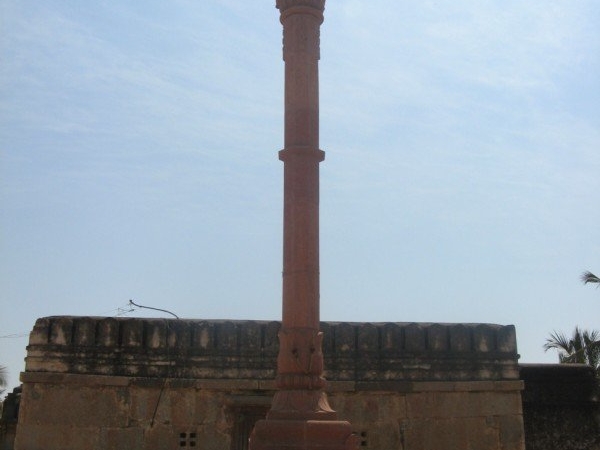 Sankha Jinalaya was built during the period of Kirtivarma II, by Kumkuma Mahadevi in the 8th century. Shantinath (Shankha is the symbol of Shantinath), the 16th Jain Thirthankara, is the presiding deity of this Jain Basadi. 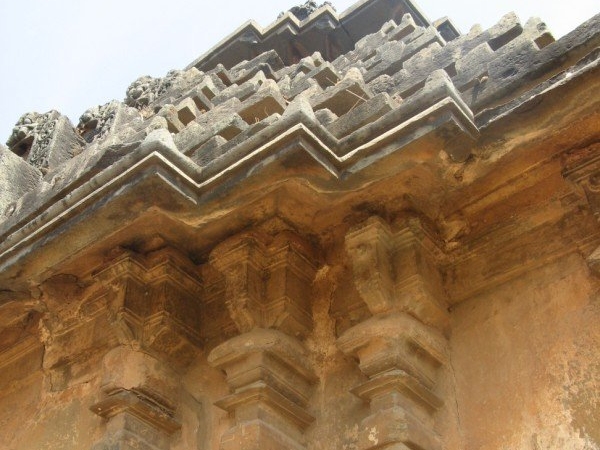 The Basadi consists of a Garbhagriha, Ardhamandapa, Mahamandapa, and Rangamandapa. There is a Manasthamba erected in front of the temple. As per History Adikavi Pampa wrote Adi Purana, seated in this Basadi. 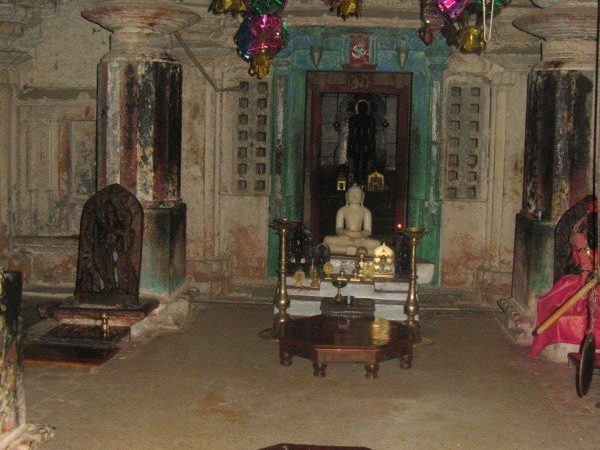 Ananthanatha basadi was built in AD 1250 and is located in the middle of the Lakshmeshwara town. This is again an example of the Chalukya style of architecture. The idol of Ananthanatha, one of the 24 Jain Thirthankars, is installed in the sanctum sanctorum of the shrine. 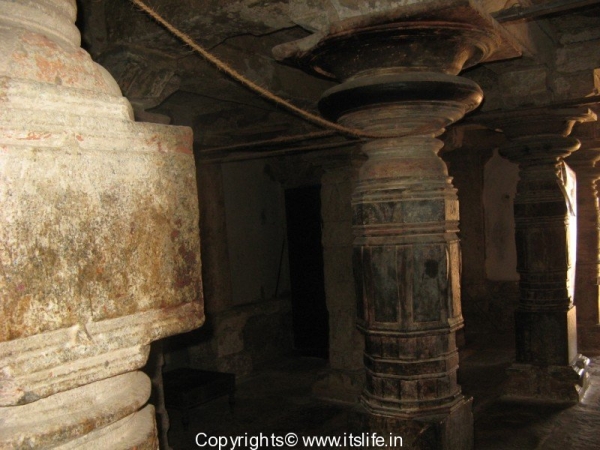 During Adilshahi rule (Bijapur Sultanate), they built some monuments like Masjid, Darga. They adapted the Indo-Saracenic Architectural style. The Jumma Masjid and Ankushkhan Darga are very attractive.

Jumma Masjid
When Lakshmeshwar was ruled by Adil Shah of Bijapur, Ankush Khan built the Masjid in 1617 following the Indo-Sarcenic style of Architecture. The Masjid is worth a visit when in Lakshmeshwar. The massive doors of the mosque are like a fort entrance. The mosque has 2 tall Minarets and a large semicircular dome. There are Dravidian style chains hanging across the ceiling of the mosque.