An unusual temple in Deshnoke is dedicated to Karni Mata and attracts many devotees and curious tourists. Karni Mata temple is situated in Deshnoke, 30 Kms from Bikaner. 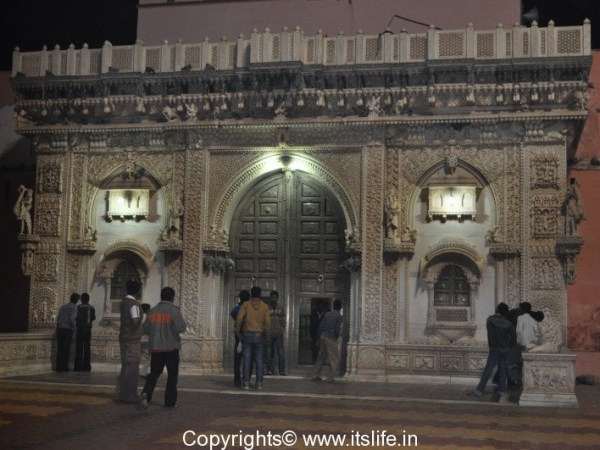 Karni Mata is considered as the incarnation of Goddess Durga / Shiva’s consort. The temple was built in the 15th century by King Ganga Singh of Bikaner. Karni Mata was a Hindu sage born in 1387 and believed to have lived for 150 years. Her father was Mehoji charan and mother was Deval Devi. Karni was the 7th child and was named Nari Bai. 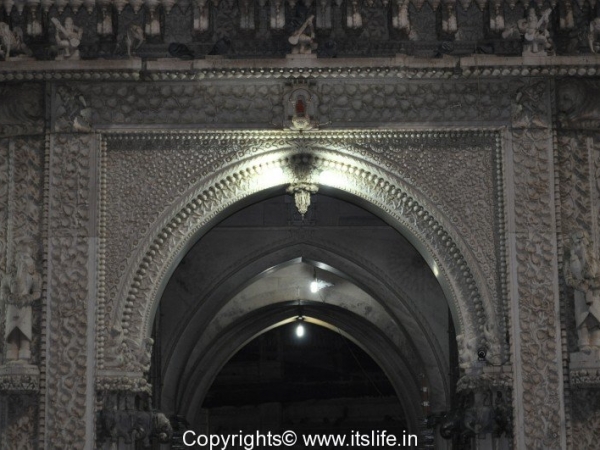 Karni Mata is the family deity of the royal family of Jodhpur and Bikaner and she has laid the foundation stone for the forts of these two families. 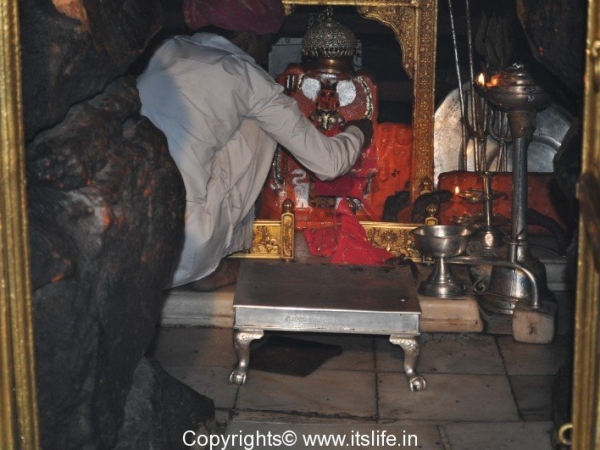 Karni Mata was a sanyasin / ascetic and used to miraculously save people from death. She lived a nomadic life along with her followers. She camped in Deshnok and in 1538 mysteriously disappeared. 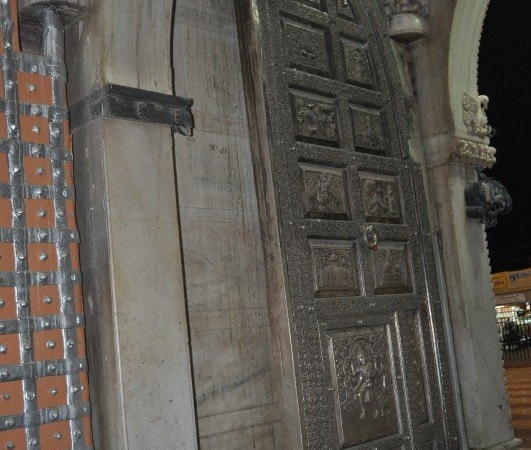 The temple in Deshnoke is built in Mughal style by Maharaja Ganga Singh. The sanctum sanctorum has an idol of Mata Karni. The marble facade is intricately carved and beautiful. A silver door was donated by Kundanlal Verma in 1999. 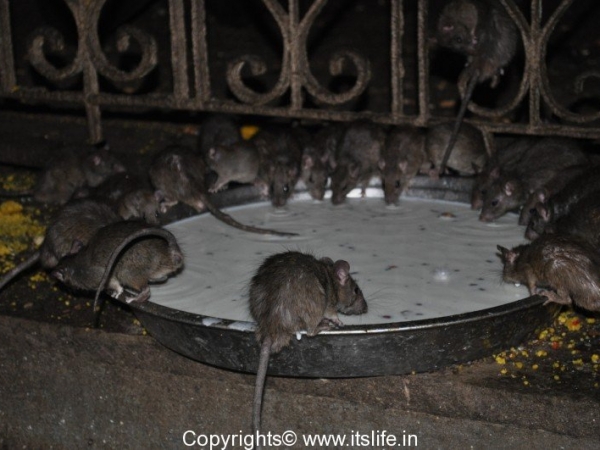 Rats are everywhere in the temple and they run around unafraid. The rats are revered here and considered as the children of Karni Mata. They are fed sweets and milk by the devotees. 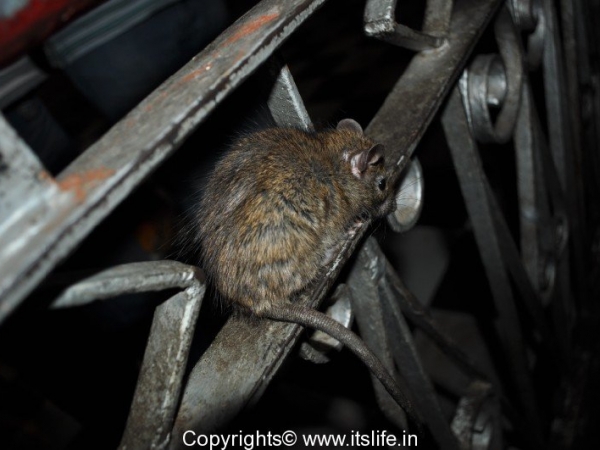 Spotting a white rat among the 20,000 residents here is considered to be auspicious. If a rat is killed it must be replaced by a solid gold rat. 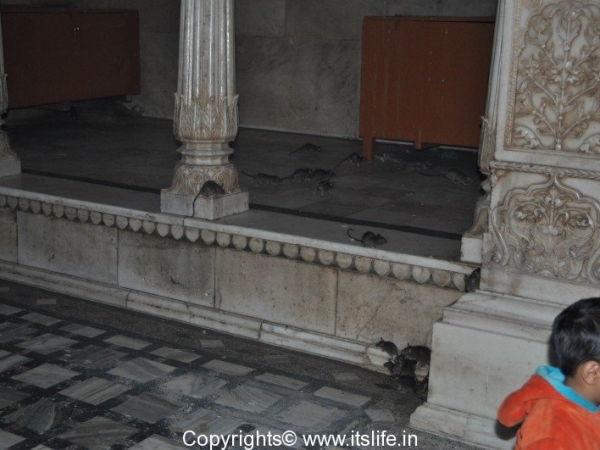 Deshnoke temple is a unique temple and if you do not fear treading on a rat, head to this temple for a darshan of Karni Mata. 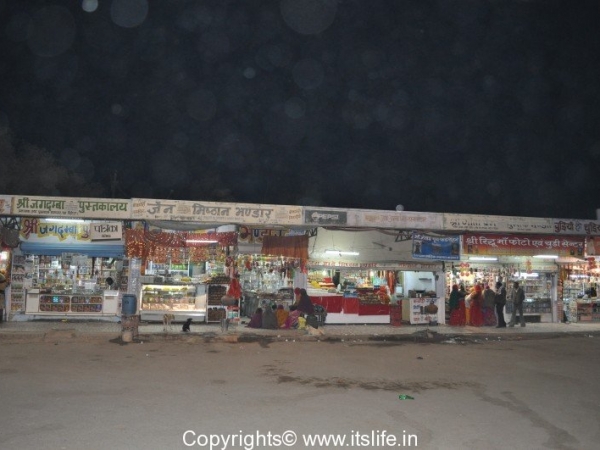