Bada Bagh means big garden. It is a garden of royal cenotaphs or chhatris of the royal family of Jaisalmer. 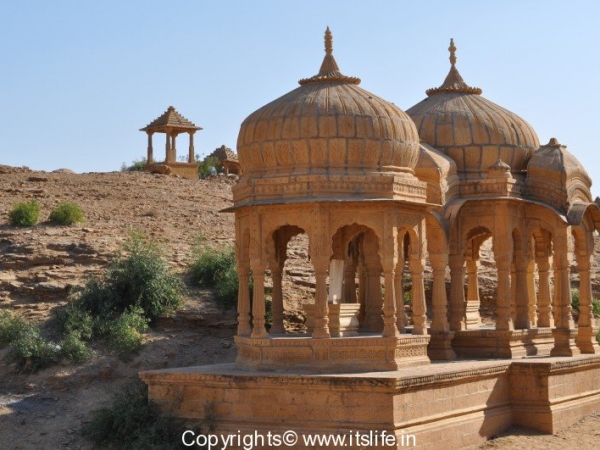 The cenotaphs are worth a visit to marvel at the intricate carvings and the effort taken to build them. There are two groups of Cenotaphs in Jaisalmer, Vyas Chhattri for Brahmins and Bada Bagh for the royal families. The architecture is a blend of Paliwal, Mughal, and Rajput styles of architecture. 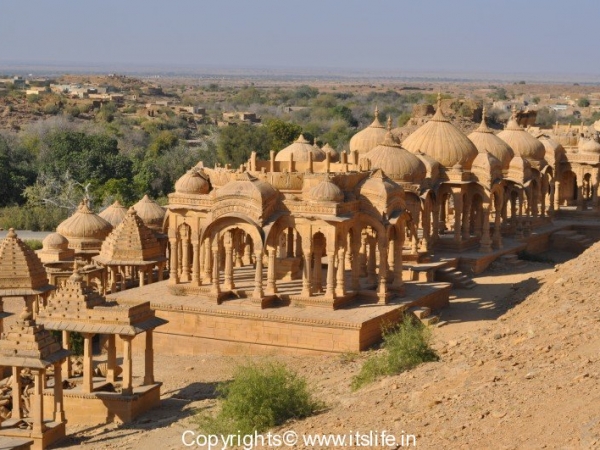 A cenotaph of Jaisal Singh II dated 1743 is grand built by his son Lunkaran next to the lake built by his father, which provided the much required greenery in the desert. 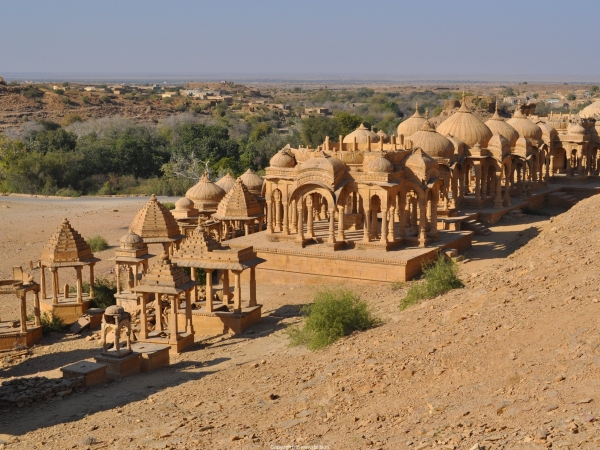 Many cenotaphs were built by subsequent rulers for the Bhatti royal family. Each chhatri / cenotaph contains inscribed tablets with names of the King and Queen. Some of the centophs have a statue of the King on a horse along with his queen standing nearby. 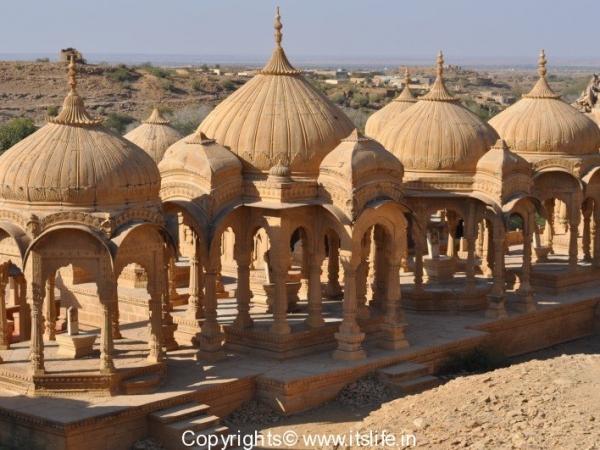 According to the status of the person, the size of the Chhatri vaires.  You can identify Chhatris where the Maharani has gone Sati on the death of her husband as tthe Maharaja and Maharani will be depicted together on the tabled.