News of ban of alcohol and plastic on Nandi hills is something to cheer about as this can give back the respect the hills had lost to the hic…hic…culture. I have read of “scotch on rocks” but not an empty bottle of scotch (alcohol) smashed on rocks! I remember we zeroed in on a neat place to open our picnic basket at Himvad Gopalaswamy Betta and my nephew was about to sit on a rock when a glass piece pierced into his feet. Our picnic turned into a nightmare! 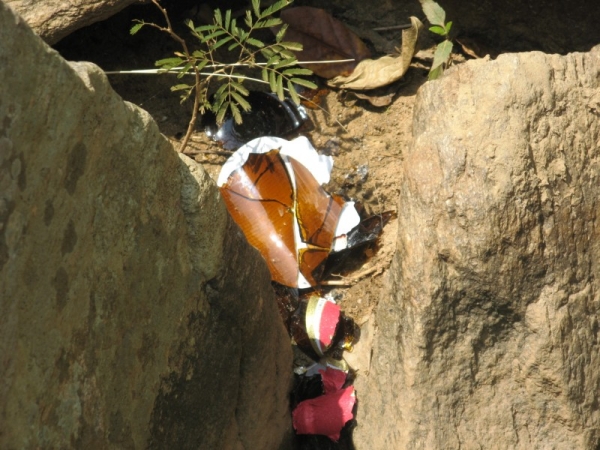 I really do not understand the concept of people going to beautiful spots like hills, waterfalls and other tourist places and drinking alcohol and smashing the empty bottles on the rocks before leaving the place. Don’t they want to be aware of the beautiful surroundings and drive back home safely without being a nuisance to others? These people with no self respect think that they are enjoying and being cool when they drink and are loud in such places but in reality they are making a fool of themselves….just ask the sober people around!!!

It is great that the authorities are waking up to this menace and the ban should be imposed on many more places and no more adjust madkolodu (putting up with the drunkards) by others.

Note: People are allowed to drown pegs of alcohol at the KSTDC restaurant situated atop the hill!!!??!!!