Kadalepuri / Puffed Rice / Murmura is prepared from rice and it is something that can be eaten anytime anywhere.  It is also used to prepare delicious dishes. 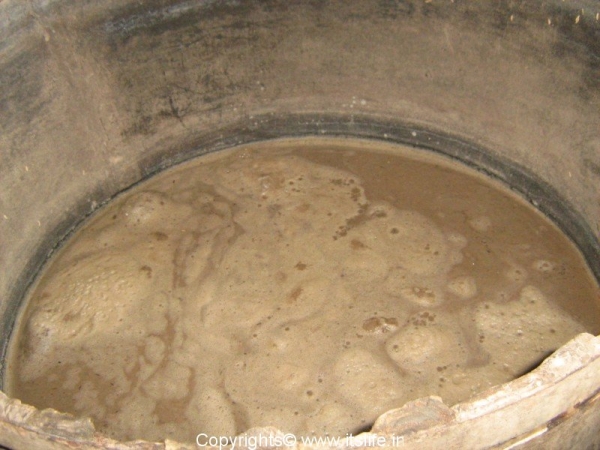 I was intrigued to find how this is prepared. In Karnataka the place where the puffed rice is prepared is known as a Puri Bhatti. 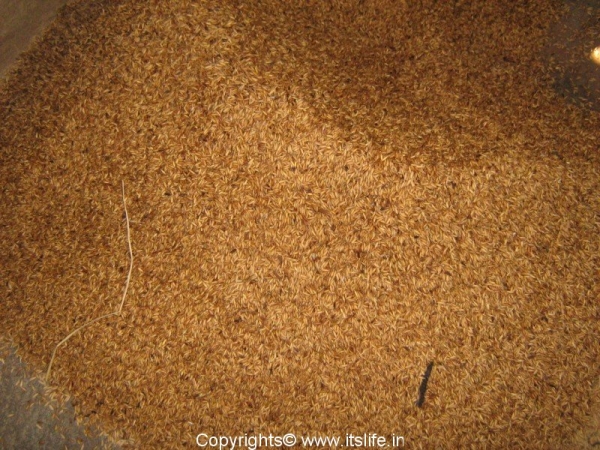 I entered one such Bhatti and got to know the process of preparing puffed rice.  The rice kernels (bhatta in Kannada) are expanded to many times larger than their original size.  This is done by subjecting the rice kernels to high temperatures and extreme pressure. 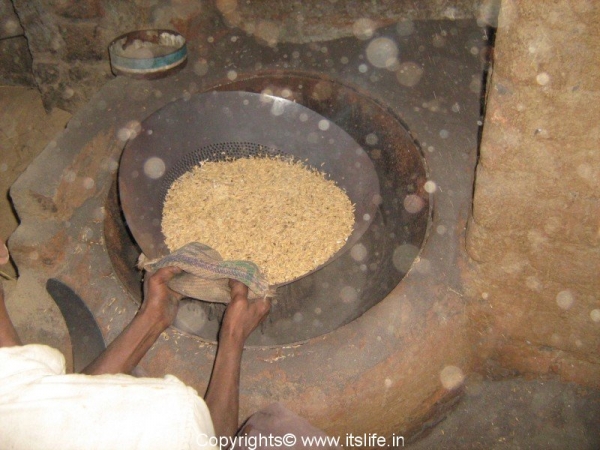 The method of manufacturing varies from region to region.  In this bhatti they boiled the Kernels and drained the water and fried in big thick pans at high temperatures. 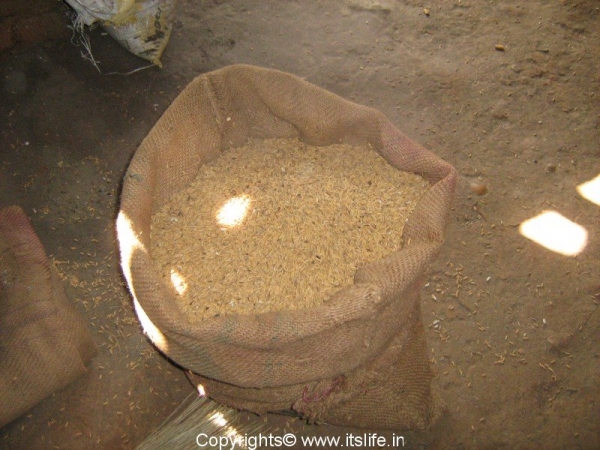 The husk is remove from the rice.  This rice is again put into the trays of clay ovens knows as Bhatti (looks like a traditional tandoor). 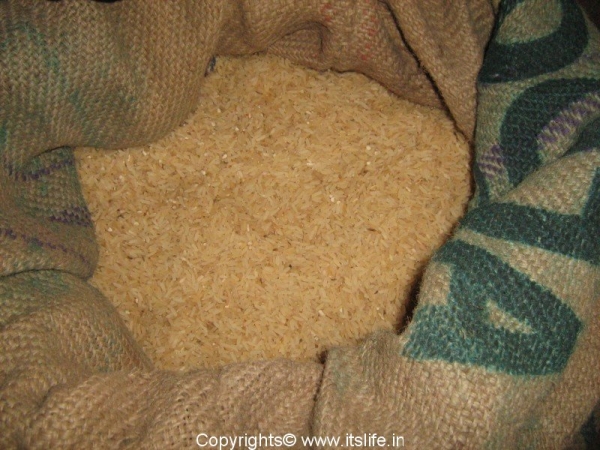 The rice grain immediately pops up due to the pressure. This is removed, cleaned and commercially sold. 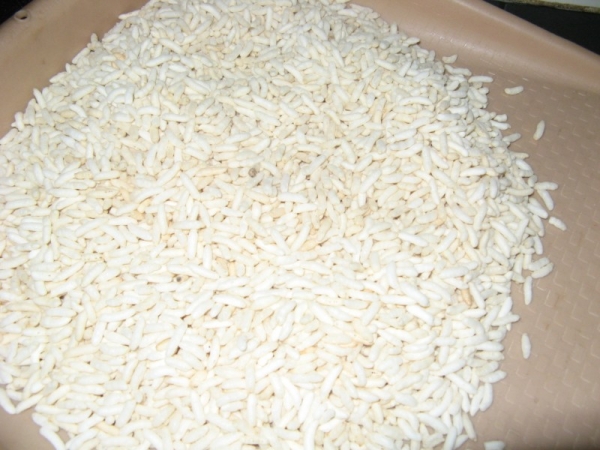 Its just awesome!!!
I always wanted to know how it is prepared!! Thanks a ton!
Going to bookmark it.

Nivedita the link below is a video of preparation of Kalalepuri / puffed rice – http://www.youtube.com/watch?v=NQ-G9F5boAA

Wonderfull… i always in search of this … thanks a lot… 1 st time to your wonderful space.. do drop in at my site whenever… following you…

Welcome to my website dear. I will visit your blog as often as I can.
Regards,
Shantha