Common names of Pear are Common Pear, European Pear, Bhutan Pear. In Hindi it is known as Nashpati, in Kashmiri it is known as Kishtabahira. Botanical name of Pear is Pyrus Pyrifolia (Asian), Pyrus communis (European) and belongs to Rosaceae (Rose) family. Different type of Pear is grown all over the world. 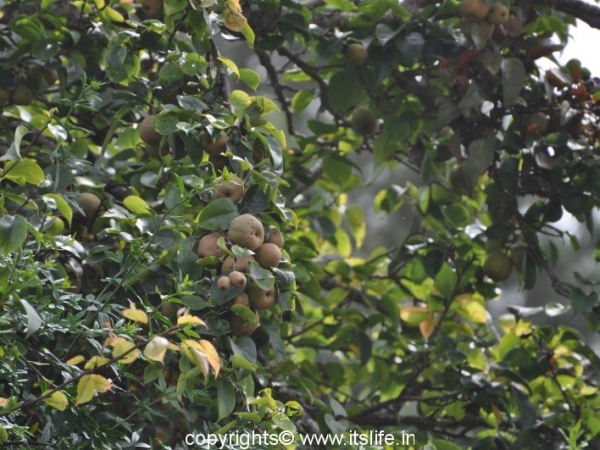 Pear is a temperate fruit. The Asian variety is crisp, watery, and grainy, whereas the Pears from Europe, Australia, New Zealand, and United States are soft. 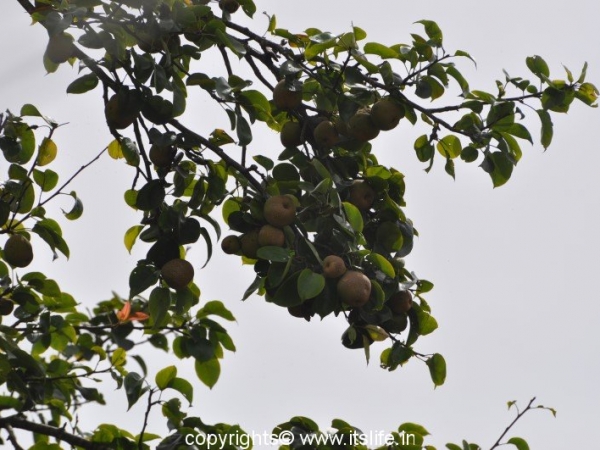 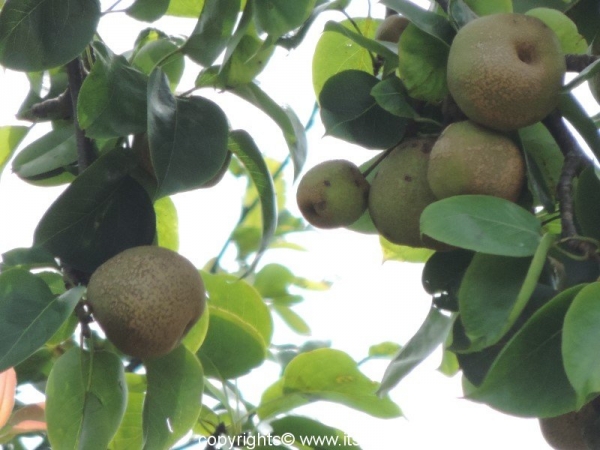 Pear tree can grow upright to a height of 10 to 17 meters. The bark is grey. The leaves are shiny, pointed, and finely toothed. Flowers bloom in clusters in white. The flowers are around 1.5 to 2 cm across. 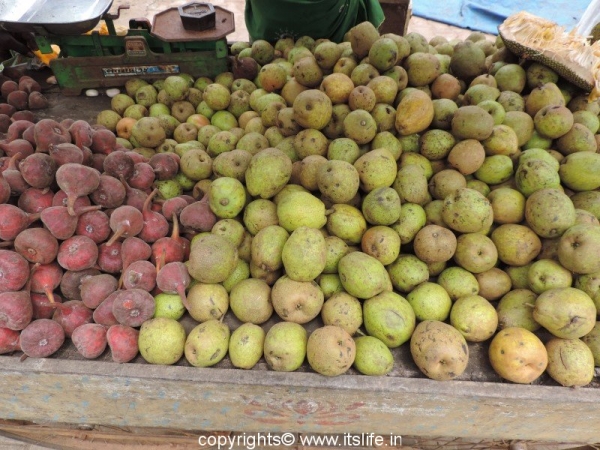 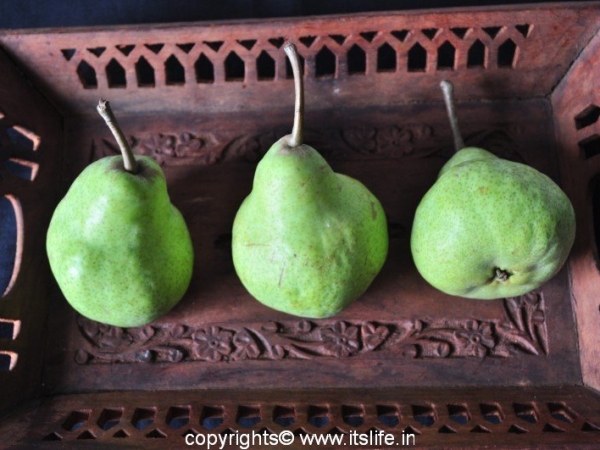 The color is green, yellow, red, brown, pink, or a combination of these colors. 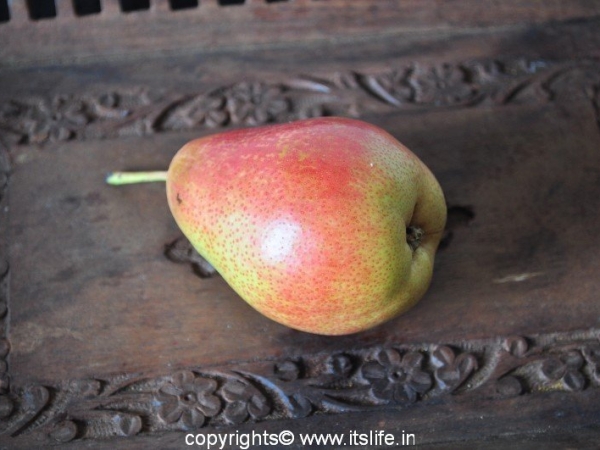 Pear flesh is white and juicy and grainy in texture. 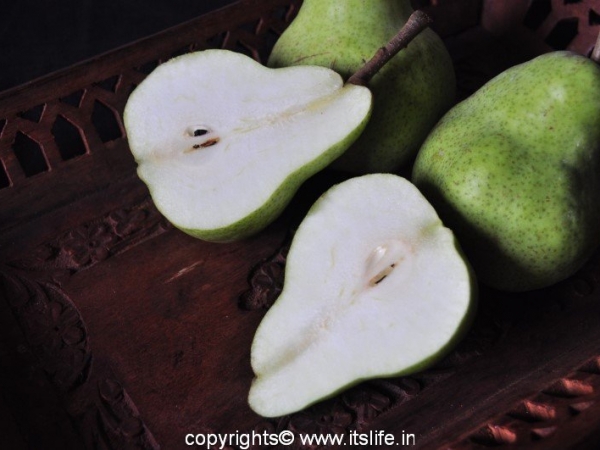 Pears are used in cooking like baking, stews, jams, jellies, salads. The fruit is rich in fiber, iron, vitamin C, and anti-oxidants. 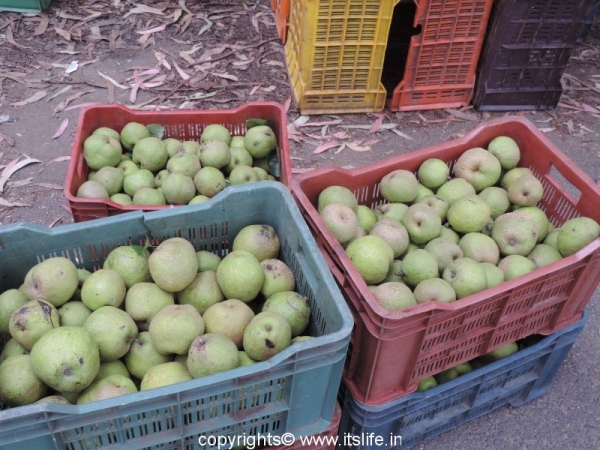