Other common names of Fig Tree are Cluster Fig Tree, Indian Fig Tree or Goolar (Gular) Fig. It is a native of Australia, India, and South-East Asia. Botanical name is Ficus racemosa and belongs to Moraceae family. 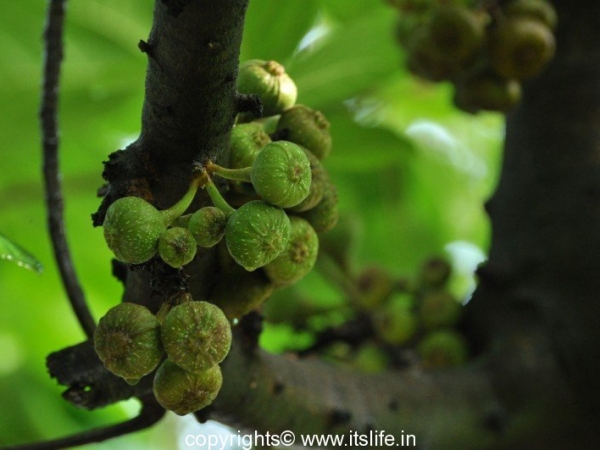 Fig tree is considered a sacred tree by Hindus and Buddhists and is known as Atti in Kannada, Tamil, and Malayalam, Audumbara in Sanskrit and Marathi, Gular or Anjeer in Hindi. 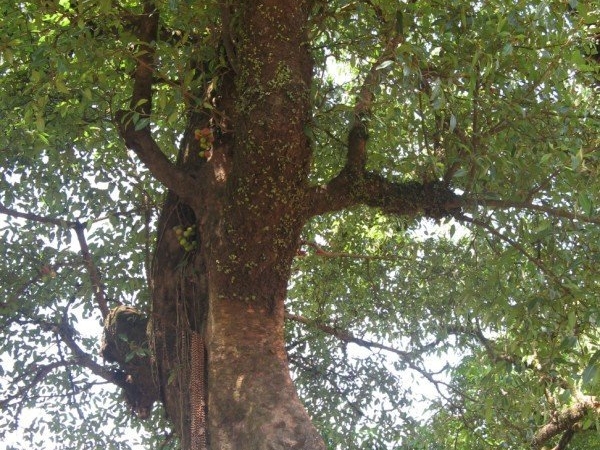 Fig Tree is deciduous, large tree, which grows to a height of 7 – 10 meters. With a smooth white bark, it is grown for the fruit and for ornamental purpose. The leaves are large (10 inches long and 7 inches wide). 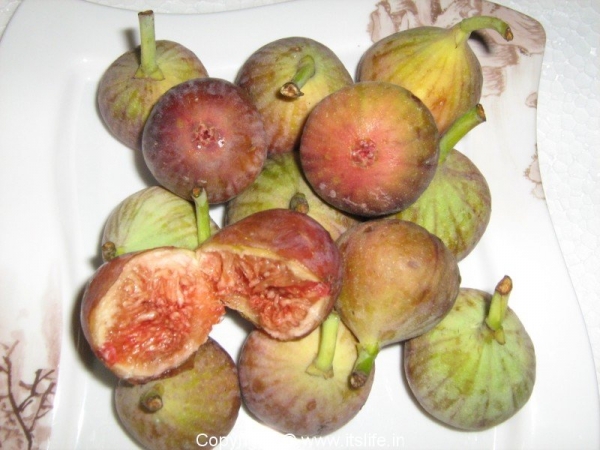 Flowers are not visible and the fruit contains both the flowers and the seeds. Wasps gain access from the middle of the fruit and pollinate the flower. 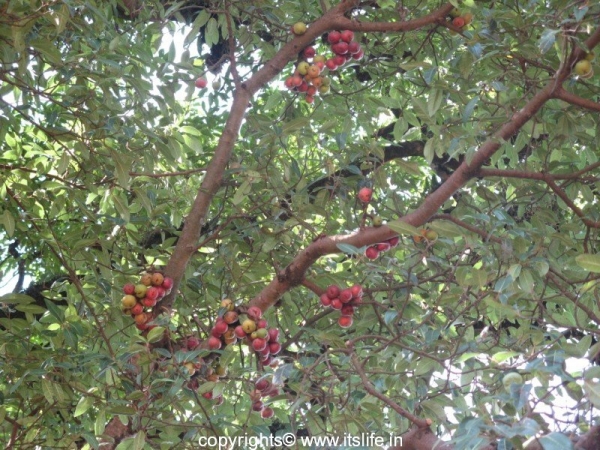 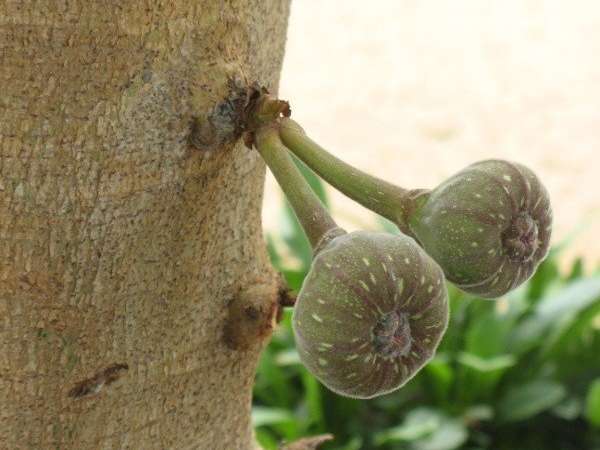 Ripe fruit is sweet with a hint of sourness and the seeds add a crunch to it. 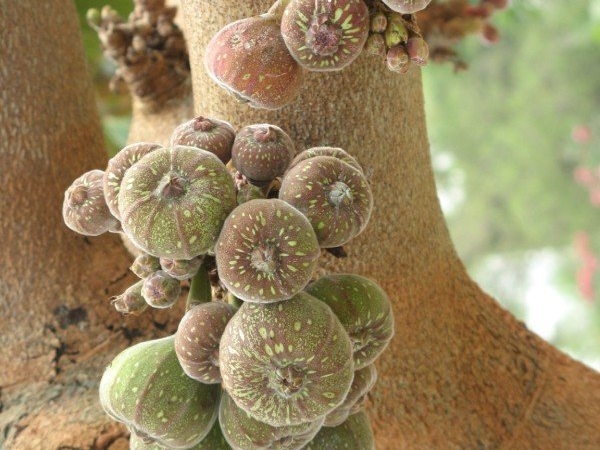 Dried Fig is sweeter and the seeds retain their crunchiness. 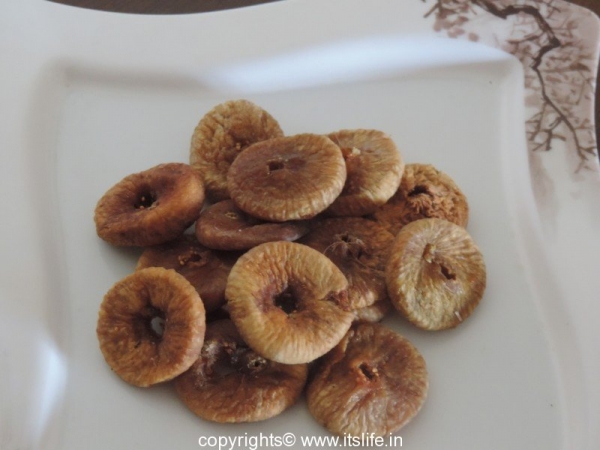 Strangler fig is the wild variety, which is found in forests in South India. It is a parasite and kills the host plant.

Religious significance:
The Fig tree is considered the abode of Hindu Guru Dattatreya who represents Brahma, Vishnu, and Shiva. 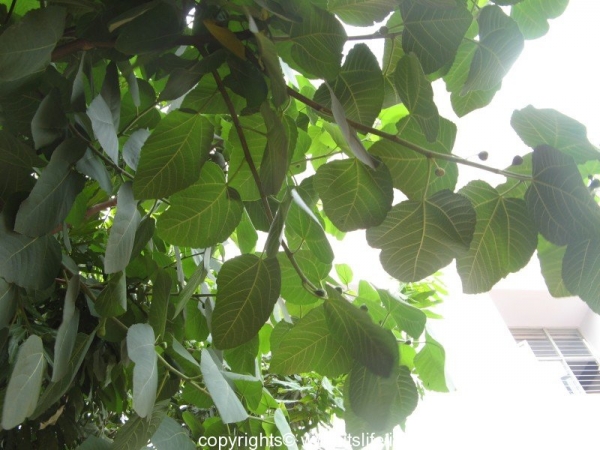 Raja Harischandra of the Ikshvaku dynasty wore a crown made from a branch of this Fig or Udumbura tree, set in a circlet of gold. His throne (simhasana) was also made of Udumbura wood and the Raja (King) would ascend it on his knee, inviting the gods to ascend it along with him, which they complied, albeit unseen. 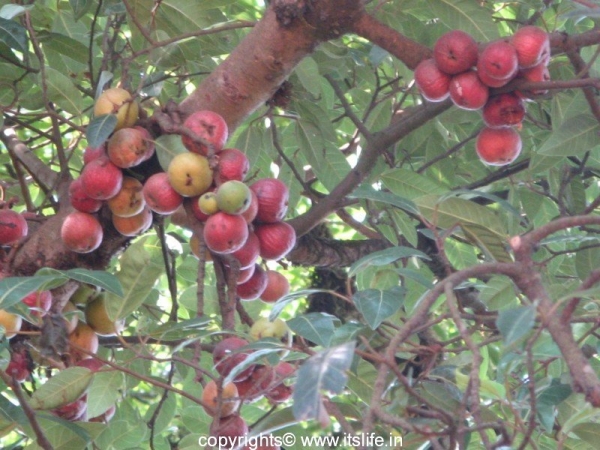 In Buddhist mythology, the Fig flower is believed to bloom once every 3,000 years symbolizing the rare events like Buddha attaining enlightenment.

Medicinal Uses:
Figs are among the richest plant sources of calcium and fiber. It has been used in Ayurveda, to treat various diseases/disorders like diabetes, liver disorders, diarrhea, inflammatory conditions, hemorrhoids, respiratory, mosquito bites, and urinary diseases.

Other Uses:
Fig and honey is a popular ice-cream flavor. Dried fig is also served along with ice-cream scoops and added in ice-cream sundaes. Fig is also used to make Jam and rolls. 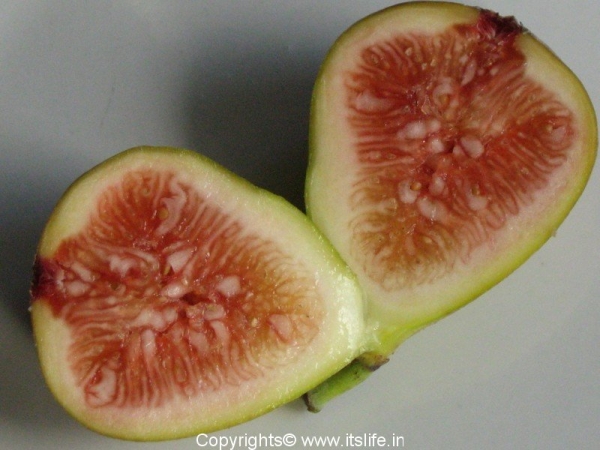 Propagation:
It is difficult to propagate through seeds. Cuttings are usually used to grow Fig trees. Plant in full sun. Usually grows in all types of soil. Keep pruning for profuse fruiting.