I saw many Calanthe Sylvatica plants in bloom in a green house in Kemmangundi maintained by the horticulture department. It was a beautiful sight. Immediately I bought a plant from a nursery in Chikmagalur area and the plant bloomed for the first time on my balcony. 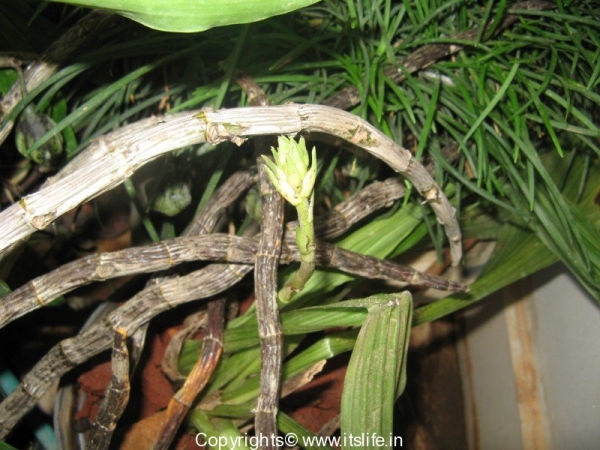 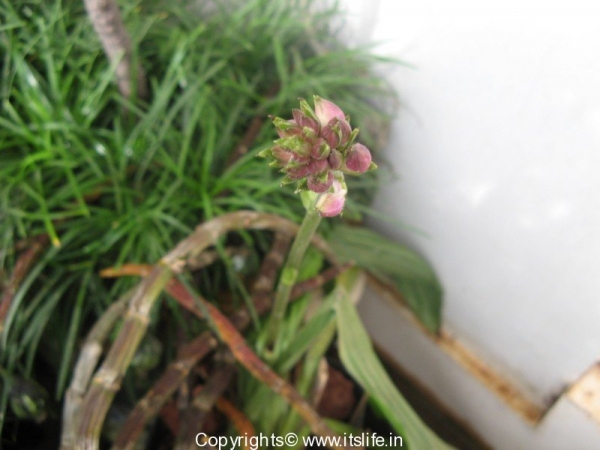 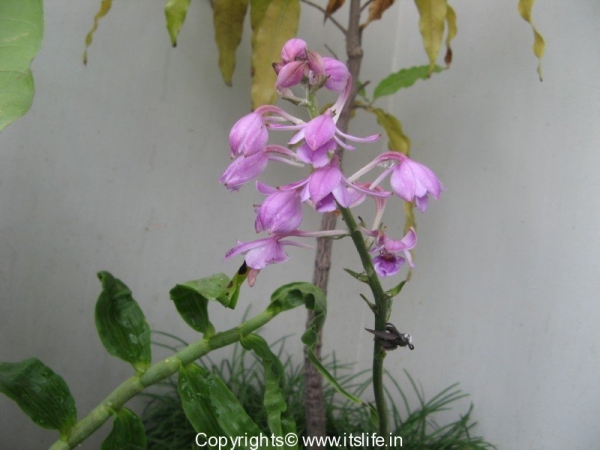 The plant has pseudobulbs and many long leaves. Some species of Calanthe are deciduous and some are evergreen.  The blooming season is between May – September. The flowers bloom at in clusters at the tip of an erect flower stem. There might be 10-15 flowers in the cluster. The flower stem will be around 30-50 cm tall. 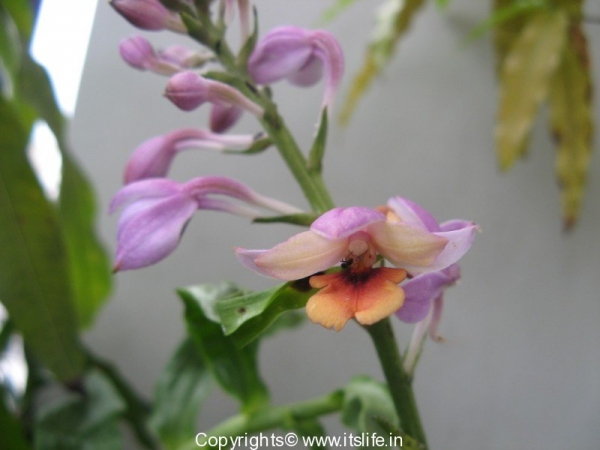 The flower has a broad lobed lip with an elongated spur behind the flower. There are two tiny side lobes and the sepals forms a hood. The flowers are in shades of violet. The flower size can vary from 3 to 5 cm. The mature flower changes color from violet to yellow and then to brown. 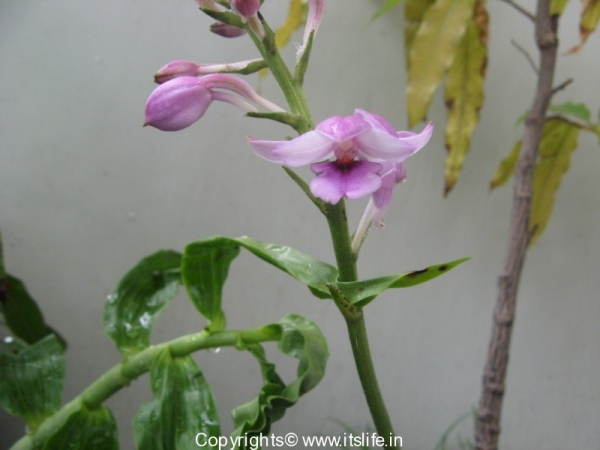 Plant propagation:
Divide the bulbs and soak them in water and plant them in a coco-peat mixture. Plant them in shade and fertilize often during the growing period. 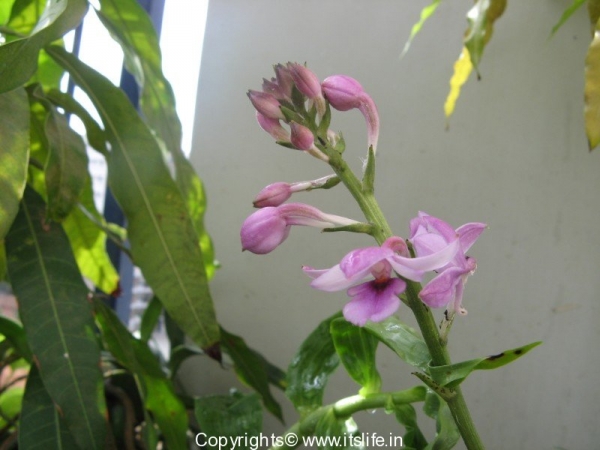 Water the plants sparingly during winter. 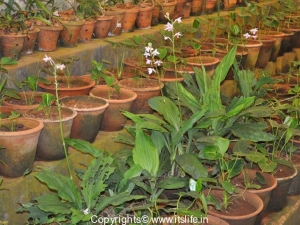 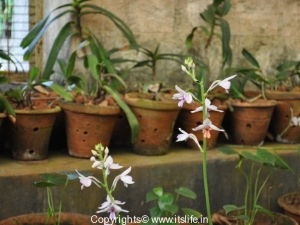 The above two pictures were taken in Kemmangundi Orchid house.