The most popular narration on how Lord Ganesha lost his tusk is penned in the Skanda Purana / tales of gods and goddesses. 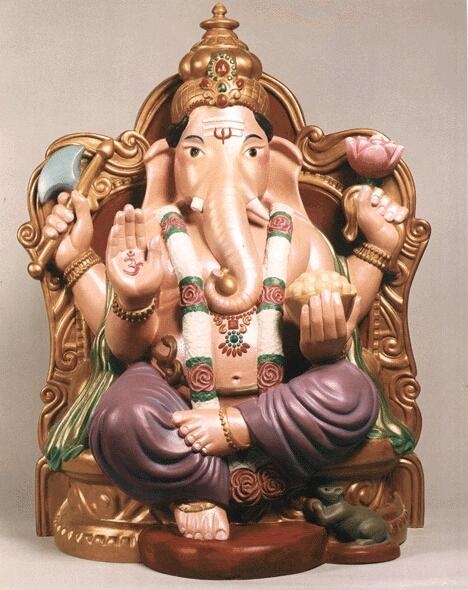 Lord Ganesha was a patron of good food with a healthy appetite. Once he was invited for a feast in the evening. He ate to his heart’s content and mounted on his mouse for the ride back home. As they proceeded a snake crossed them on the road, the mouse fled throwing Ganesha down. Lord Ganesha’s tummy opened up. Clever Ganesha tied his tummy with the snake. The moon who was a witness to the episode burst out laughing. Ganesha was enraged and broke one of his tusks and hurled at the moon. He also cursed that the moon should disappear. The gods were dismayed by the curse and appealed to Lord Ganesha to take back the curse. Lord Ganesha softened his curse and the moon can be partially seen on Ganesha Chathurthi. The curse also says that people cannot see the moon on Ganesha Chathurthi day as a false allegation will befall the person who sees the moon on this day.

Hence, when a person sees the moon on Ganesha Chathurthi day, the person has to listen to this story to ward off the curse.