The above verse was penned by the great poet and saint Basavanna. 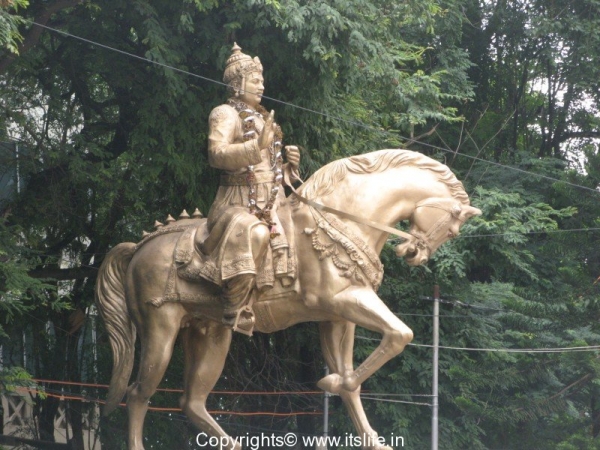 Basavanna was a philosopher, Statesman and a social reformer who was the founder of the Lingayat religion. The birthday of Basavanna is celebrated on Basava Jayanthi with great joy in Karnataka, Maharashtra, and Andhra Pradesh. Basavanna is also known as Bhakti Bhandari and Kranti Yogi.  This year (2018) it is on 18th April.

Basavanna Bagewadi was born on 30th March 1134 in Bijapur district, Karnataka, India. He was a visionary and believed in equality among human beings and non-violence. He taught people to live happily and attain spirituality, which came to be known as Sharana movement. His followers are known as Sharanas. He was the Prime Minister in the court of King Bijjla of Kalchuri Empire at Kalyana. Kalyana is now renamed as Basava Kalyana. During his tenure as the Prime Minister, Basavanna established the Anubhava Mantapa, a spiritual parliament.

Basavanna spread social awareness through his poetry, known as Vachana Sahitya, which is derived from the Upanishads and Vedanta. The Vachanas/stanzas are simple and easy-to-understand with meaningful teachings applicable to the day-to-day life.

“Kayakave Kailasa” (Work/Dury is heaven) was the principle embraced by Basavanna.

Kudalasangama in Karnataka is a pilgrim center for Lingayats as the Samadhi of Basavanna exists here.

Other well-known saints of Lingayat community are Allma Prabhu and Akkamahadevi.