Flowers arranged in tall containers have their own grace. This arrangement is made in a Bamboo vase that I bought in Cauvery Nisargadhama.  The measurements for the flowers to be cut is per Ikebana rules. 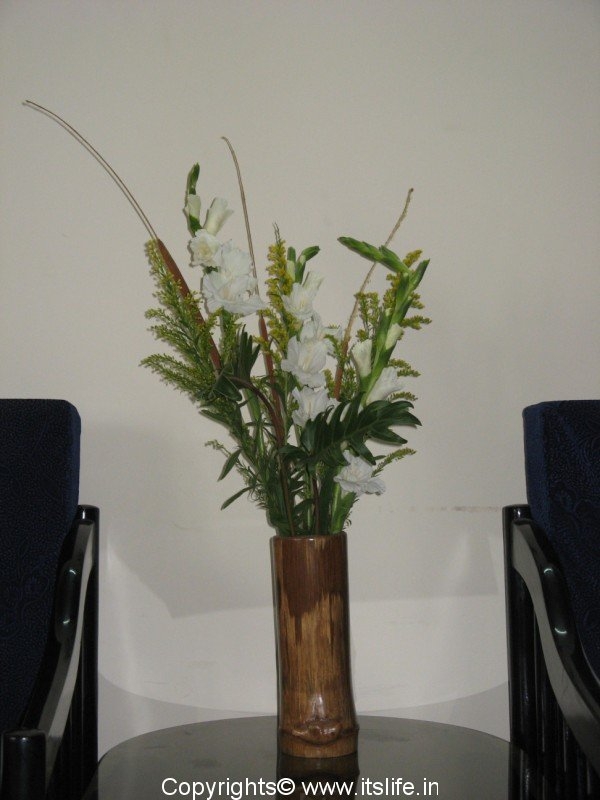 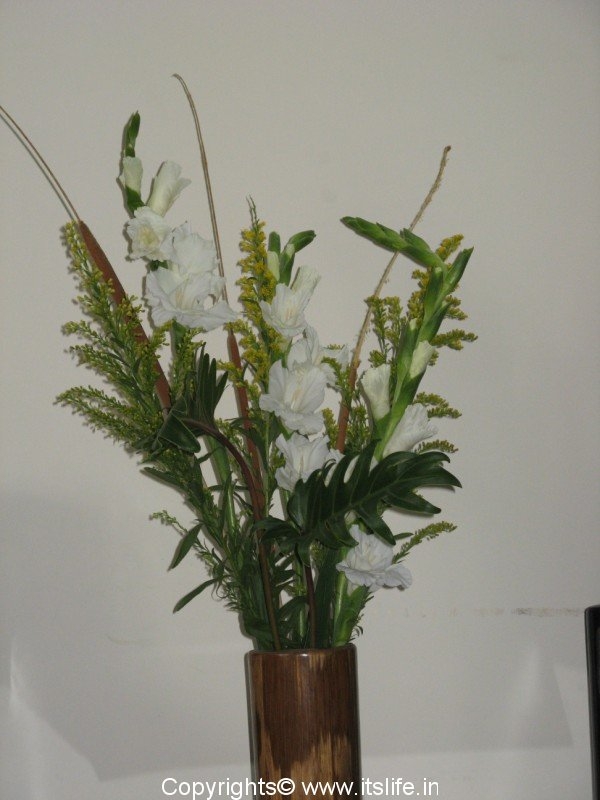 Arrange them in the vase as shown in the picture.